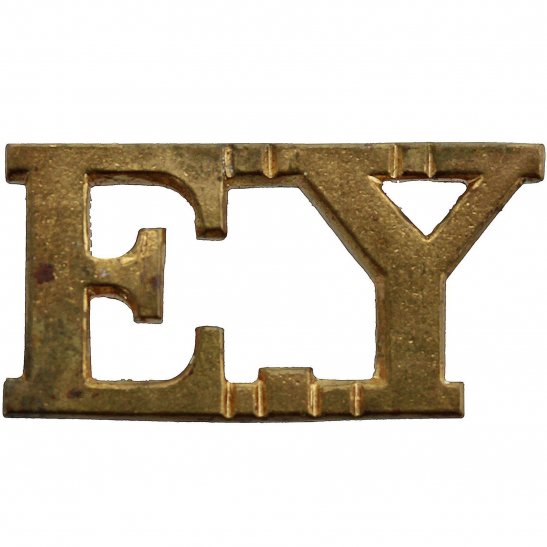 The Essex Yeomanry was a regiment of the British Army raised in 1797. It recruited volunteers from the county of Essex in the East of England. The Essex Yeomanry is currently 36 (Essex Yeomanry) Signal Squadron, with Sqn HQ and 845 Signal Troop at Colchester, and 907 Signal Troop at Chelmsford . In accordance with the Territorial and Reserve Forces Act 1907 (7 Edw.7, c.9), which brought the Territorial Force into being, the TF was intended to be a home defence force for service during wartime and members of the unit could not be compelled to serve outside the country. However, on the outbreak of war on 4 August 1914, many members volunteered for Imperial Service. Therefore, TF units were split in August and September 1914 into 1st Line (liable for overseas service) and 2nd Line (home service for those unable or unwilling to serve overseas) units. A 3rd Line was later formed to act as a reserve, providing trained replacements for the 1st and 2nd Line regiments. The Essex Yeomanry was mobilised at the outbreak of war. The regiment joined the Royal Horse Guards and the 10th Royal Hussars in France in November 1914 as part of 8th Cavalry Brigade. In April 1918, the 1/1st Essex Yeomanry was broken up as reinforcements for three other cavalry regiments. Lieutenant Colonel Whitmore of the EY was appointed to command the 10th Royal Hussars, the only Territorial officer without previous regular service to command a regular cavalry regiment.[citation needed] Other officers included members of the Towers family, whose descendants subsequently hung portraits of their menfolk in uniform at Ashridge, where they can still be seen today.