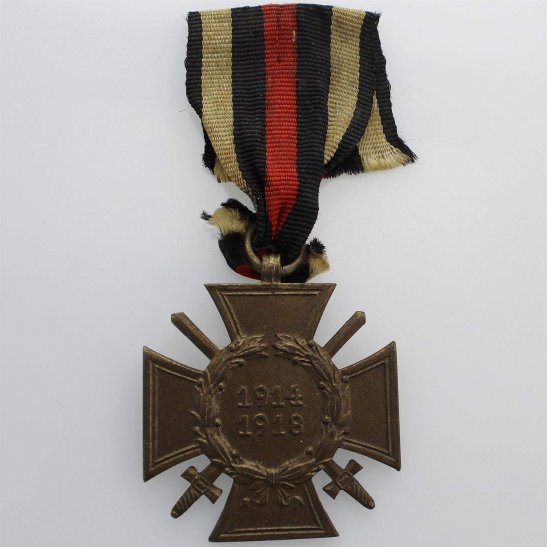 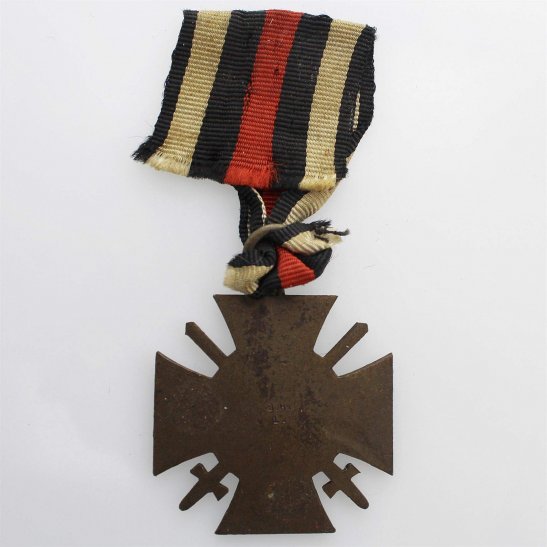 This is an original WW1 German Medal for sale. Please see our other items for more original WW1, WW2 & post war British military medals for sale.

The Honour Cross of the World War 1914/1918 (German: Das Ehrenkreuz des Weltkriegs 1914/1918), commonly, but incorrectly, known as the Hindenburg Cross was established by Field Marshal Paul von Hindenburg, President of the German Republic, by an order dated 13 July 1934, to commemorate service of the German people during the First World War. This was Germany's first official service medal for soldiers of Imperial Germany who had taken part in the war, and where they had since died it was also awarded to their surviving next-of-kin.