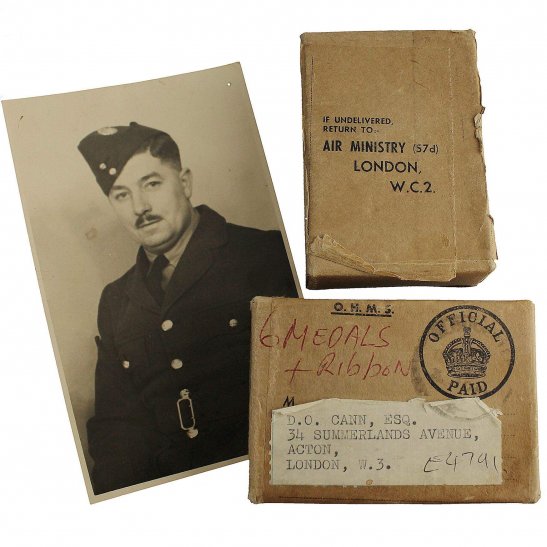 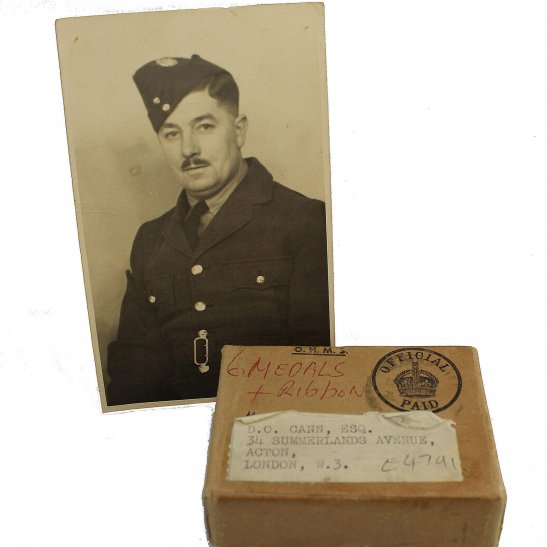 Guaranteed original. This is an original WW2 1939-1945 War Medal Postage Box for sale. It was issued to Flying Officer D.O. Cann and comes with an original photo of him in uniform. NO MEDALS included, just transmittal box and photo.