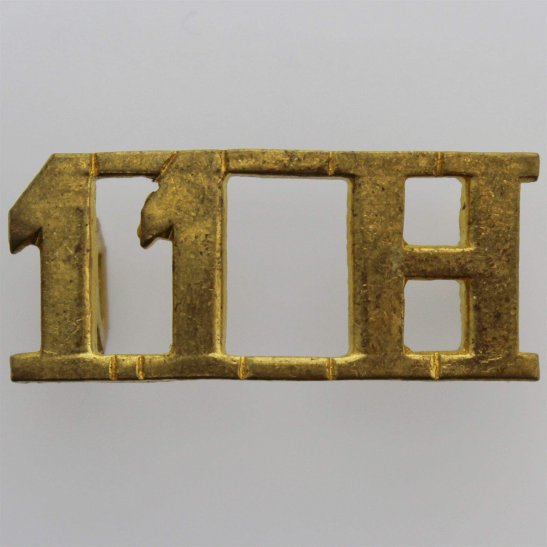 The 11th Hussars (Prince Albert's Own) was a cavalry regiment of the British Army. The 11th Hussars charged with the Light Brigade (25 October 1854), which was commanded by their former Colonel, Lord Cardigan, at Balaklava during the Crimean War. During the Charge, Lieutenant Alexander Robert Dunn, saved the life of two fellow soldiers from the 11th Hussars, Sergeant Major Robert Bentley and Private Harvey Levett, for which Dunn was awarded the Victoria Cross.[3] Dunn was the first Canadian-born recipient of the Victoria Cross. Edward Richard Woodham of the 11th Hussars became Chairman of the organising committee for the 21st Anniversary dinner held at Alexandra Palace on 25 October 1875 by the survivors of the Charge. This was fully reported in the Illustrated London News of 30 October 1875 and included some of the recollections of the survivors including those of Woodham. In the years before World War I, a post card, with a photograph of the 11th Hussars forming an escort through a town, was sent from Sergeant John Kelly, with an extract from the reverse reading "this is the Crown Prince of Germany your honourary Colonel he is in the uniform of the 11th Hussars you will see his ......Guard I further ..... I formed his escort marked 2 man...."