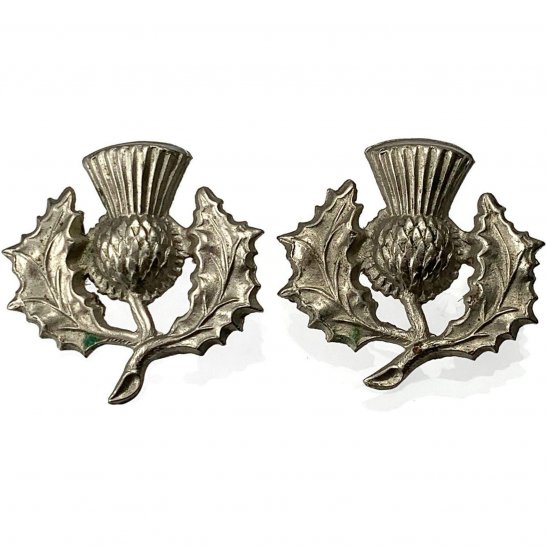 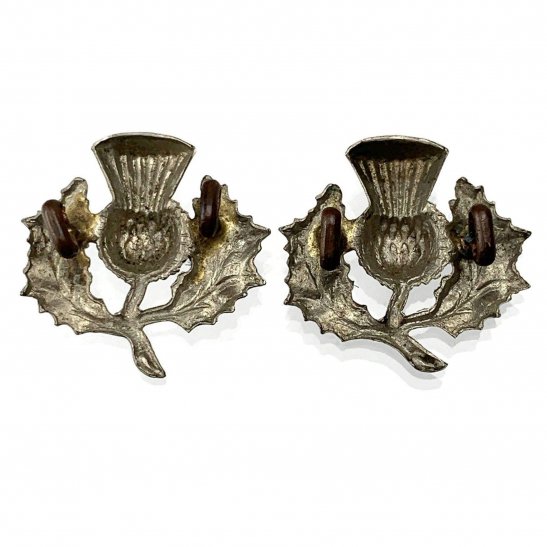 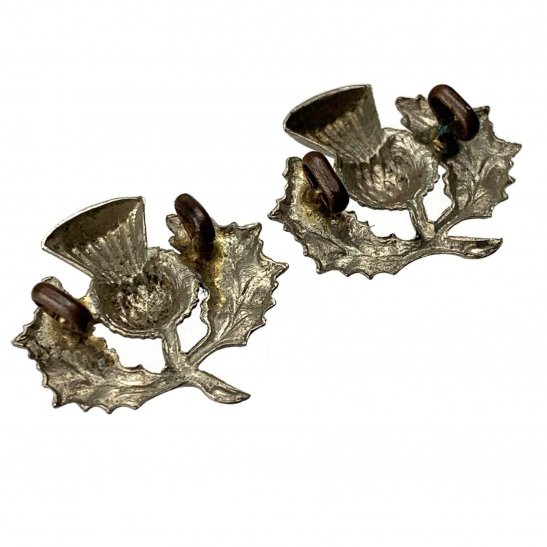 The regiment was Founded in 1859, originally as part of the Volunteer Force sponsored by The Highland Society of London and The Caledonian Society of London, a group of individual Scots raised The London Scottish Rifle Volunteers under the command of Lt Col Lord Elcho, later The Earl of Wemyss and March. Over many years the London Scottish have changed titles and lineage, today they are A (London Scottish) Company of The London Regiment. The regimental tartan is Elcho tartan of Hodden Grey in colour. Lt Col Lord Elcho clothed the regiment in Hodden Grey, the homespun cloth known throughout Scotland. This avoided all interclan feeling on the subject of tartan and, as Lord Elcho said "A soldier is a man hunter. As a deer stalker chooses the least visible of colours, so ought a soldier to be clad." Along with Elcho Tartan there is also Elcho Blue that was formerly worn on some offices uniforms. The Regimental Head Dresses of the London Scottish and Toronto Scottish are as follows. Glengarry, Tam O'Shanter and officers Balmoral. All kilted dress is worn with glengarry Officers, NCO's, pipe band and other ranks of the London Scottish wear a plain dark navy blue Glengarry with ribbons, rosette behind cap badge, Royal blue toorie and Cock feather in ceremonial dress. Officers The London Scottish wear an officers Fawn Balmoral with Silver officers Cap Badge Backed with square 4' Hodden grey patch. There is one notable difference in that the Toronto Scottish have a Lovat green Toorie formally blue. Warrant officers London Scottish Khaki Green Tam O'Shanter with Silver Warrant officers Cap Badge Backed with square 4' Hodden grey patch and Khaki Green toorie formally blue.

Other Ranks London Scottish Khaki Green Tam O'Shanter with White metal or Anodised Aluminium Regimental Cap Badge Backed with square 4' Hodden grey patch and Khaki Green toorie formally blue. Toronto Scottish Lovat Green Tam O'Shanter with White metal or Anodised Aluminium Regimental Cap Badge Backed with square 4' Black Ribbon and blue toorie. The London Scottish raised three Battalions during World War 2, only two of which served overseas. Both of the overseas battalions served with the Middle Eastern Forces in Sicily and Italy. The Battalions were: 1st Battalion - The regular peacetime battalion of the regiment, served as infantry within the 56th (London) Division. 2nd Battalion - Raised as a 'duplicate' of the 1st battalion, with a core of officers and senior NCOs from that battalion. The 2nd battalion remained in the UK as an infantry battalion committed to home defence. 3rd Battalion - When the duplicate battalion was formed in April 1939, the regiment had enough recruits to form a third battalion; permission was granted provided it was formed as an anti-aircraft (AA) regiment of the Royal Artillery. It was designated 97th (London Scottish) Heavy Anti-Aircraft Regiment, RA and formed with HQ and two batteries (298 and 299) at Westminster. It served as part of 48th AA Brigade in 1st AA Division (the old 47th (2nd London) Division) defending London during the Blitz. In March 1943 it left for North Africa where it joined Eighth Army, and served with it in the Allied invasion of Sicily and Italian Campaign. With the depletion of the Luftwaffe and the reduced requirement for AA defences, it was converted in November 1944 into 97th (London Scottish) Garrison Regiment, RA, later designated 610 Infantry Regiment, RA.