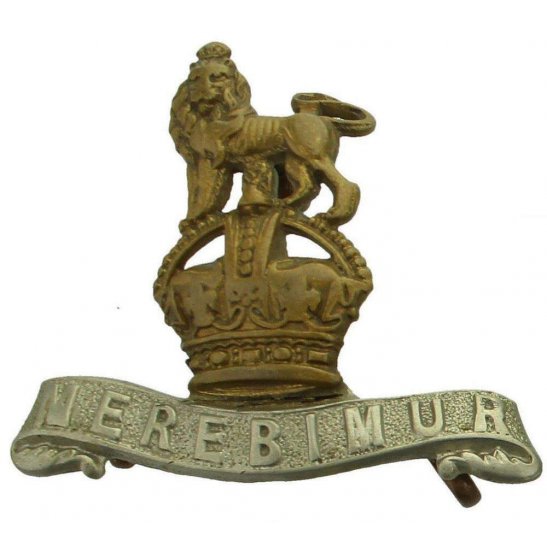 The 15th The King's Hussars was a cavalry regiment in the British Army. First raised in 1759, it saw service over two centuries, before being amalgamated with the 19th Royal Hussars into the 15th/19th The King's Royal Hussars in 1922. The regiment was raised as the first of the new regiments of light dragoons in 1759, and named Elliots Light Horse, after George Augustus Eliott, 1st Baron Heathfield who had raised the regiment. It was then renamed the 15th Regiment of (Light) Dragoons. In 1759[dubious - discuss] the 15th was the first unit in the British Army to be awarded a battle honour "Emsdorf" for the Battle of Emsdorf in the Seven Years' War. Other more senior units then applied to be awarded battle honours for previous campaigns and battles. In 1766 they were renamed for George III as the 1st (or The King's Royal) Regiment of Light Dragoons, the number being an attempt to create a new numbering system for the light dragoon regiments. However, the old system was quickly reestablished, with the regiment returning as the 15th (The King's) Regiment of (Light) Dragoons in 1769. They became hussars in 1807, as the 15th (The King's) Regiment of (Light) Dragoons (Hussars). In 1819, the 15th played a pivotal role in the notorious Peterloo Massacre, where a 60,000 strong crowd calling for democratic reform were charged by the Yeomanry. Panic from the crowd was interpreted as an attack on the Yeomanry and the Hussars (led by Lieutenant Colonel Guy L'Estrange) were ordered in. The charge resulted in 15 fatalities and as many as 600 injured. The title was simplified in 1861 to the 15th (The King's) Hussars.

At the start of World War I in August 1914, the 15th The King's Hussars was stationed at Longmoor. They moved to France on 18 August 1914, landing at Rouen. The squadrons were attached to different infantry divisions to form the divisional reconnaissance element: A Squadron was attached to 3rd Division, B Squadron was attached to 2nd Division, C Squadron was attached to 1st Division. On 14 April 1915, the squadrons returned to regimental control and the regiment was placed under the command of the 9th Cavalry Brigade in the 1st Cavalry Division. The regiment remained on the Western Front throughout the war. It participated in most of the major actions where cavalry were used as a mounted mobile force. They were also used as dismounted troops and served effectively as infantry. On 11 November 1918, orders were received that the 1st Cavalry Division would lead the advance of the Second Army into Germany, by 6 December, having passed through Namur, the division secured the Rhine bridgehead at Cologne. After service in the First World War, the regiment, retitled as the 15th The King's Hussars in 1921, was amalgamated with the 19th Royal Hussars (Queen Alexandra's Own) to form the 15th/19th Hussars the following year.