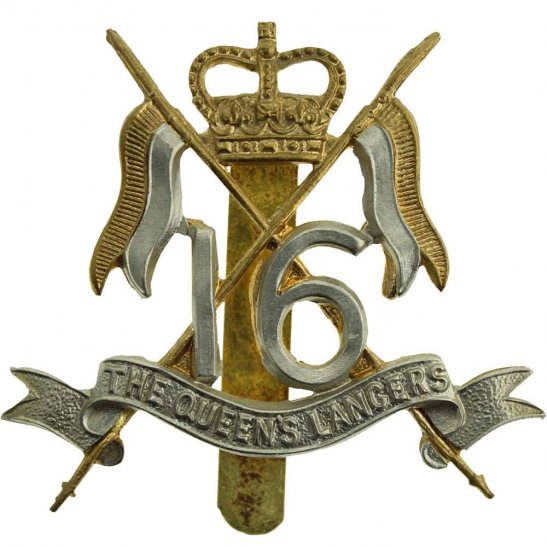 The 16th The Queen's Lancers was a cavalry regiment in the British Army, first raised in 1759. It saw service for two centuries, before being amalgamated in 1922. The regiment was raised as the second of the new regiments of light dragoons in 1759, as the 16th Regiment of (Light) Dragoons, also known as Burgoyne's Light Horse. In 1766 they were renamed after Queen Charlotte as the 2nd (or The Queen's) Regiment of (Light) Dragoons, the number being an attempt to create a new numbering system for the light dragoon regiments. However, the old system was quickly reestablished, with the regiment returning as the 16th (The Queen's) Regiment of (Light) Dragoons in 1769. Shortly after its establishment the regiment saw combat in February 1761 against French forces garrisoning Bellele. During the subsequent eight months the 16th Light Dragoons served as part of a British force campaigning against the Spanish. The 16th Light Dragoons arrived in New York in September, 1776. They were involved in fighting at Brandywine, Paoli, and Monmouth Court House.

The regiment returned to Britain in December, 1778. During 1793-96 the 16th Light Dragoons served in the Low Countries during the early stages of the French Revolutionary Wars, distinguishing itself at the Battle of Beaumont. In Spain and France between 1809 and 1814 the regiment suffered 309 casualties in a series of separate encounters. At Waterloo the regiment charged with Vandeleur's Cavalry Brigade. They became lancers in 1816, as the 16th (The Queen's) Regiment of (Light) Dragoons (Lancers). In the course of 24 years unbroken service in India, from 1822 to 1846, the regiment saw action in both the 1st and 2nd Afghan Wars, the Maharatta War and the Sikh War of 1845-46. As lancers they were the first British regiment to use this weapon, at the Siege of Bhurtpore in 1826. The regimental title was simplified in 1861 to the 16th (The Queen's) Lancers. The Regiment was posted to India in the early 1900s, but took part in the Second Boer War in South Africa 1900-1901.