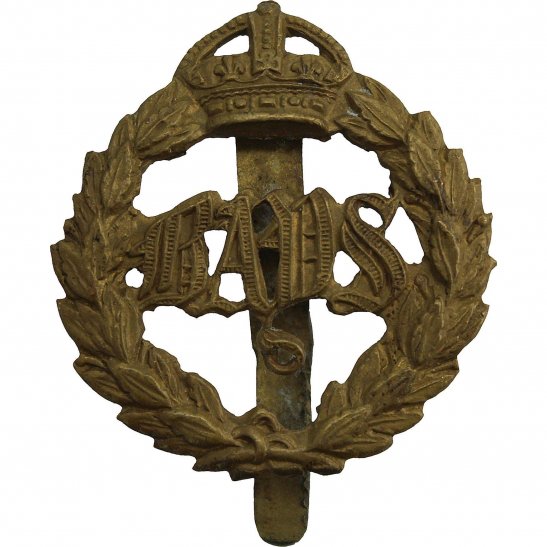 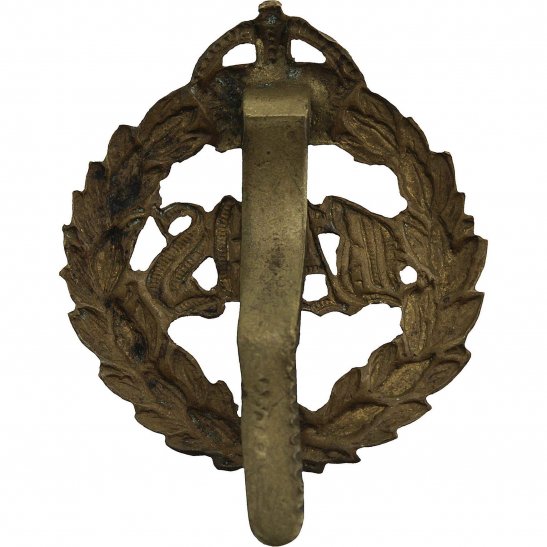 The 2nd Dragoon Guards (Queen's Bays) was a cavalry regiment in the British Army. In the First World War (1914-18) the Bays formed a part of the original Expeditionary Force ('The Old Contemptibles') and were heavily engaged throughout the War in France and Flanders on the Western Front, fighting in all the major battles; the Retreat from Mons, Le Cateau, the battle of the Marne, Messines, Ypres, the Battle of the Somme, Cambrai, the Scarpe, and in the final victorious advance of 1918. Many honours were gained including the Retreat from Mons, Aisnes 1914, Armentieres 1914, Frezenburg, Bellewaarde, Flers-Courcelette, Arras 1917, St Quentin, Bapaume 1918, Rosiers, and Albert 1918. On the last day of the Great War (as it was then known), 11 November 1918, The Bays successfully chased off the German cavalry at Montigny-les-Lens. After service in the First World War, the Regiment was again retitled The Queen's Bays (2nd Dragoon Guards) in 1921. In 1935 the Bays lost their horses, after 250 years and became a mechanised regiment. They transferred to the Royal Armoured Corps in 1939.

At the outbreak of World War II the Regiment was in England. In May 1940 the Bays were sent as part of the 1st Armoured Division to France and were heavily engaged on the Somme. In mid June, with the collapse of French resistance, they were evacuated to England through the port of Brest. The Bays arrived in the Middle East in November 1941, equipped initially with the 2 pounder Crusader tank. They fought with great bravery at the 'Cauldron' and 'Knightsbridge' during the battle of Gazala and were continuously in action for 19 days, a record for an armoured regiment in the Western Desert. They played a major part at the Battle of Alamein, the Tebaga gap, at El Hamma, the Mareth Line, and so on to Tunis. The Bays arrived in Italy in May 1944 and were engaged in the Gothic Line, at the battle of Coriano Ridge when they lost all but three of their tanks and suffered 98 casualties in a matter of minutes when they were sent against a screen of German anti-tank guns, including the notorious 88. They fought in the Po Valley at the Crossing of the Lamone and at Rimini, Coriano Ridge and Cesena. The Bays helped force the Argenta Gap and found themselves at Ferrara when the Germans surrendered. After the war the Bays remained in northern Italy, then moved to Egypt before moving to Dale Barracks in Chester in 1947. In 1950 the regiment was stationed in Germany, at Fallingbostel, equipped with Centurion Mk2 tanks. On 1 November 1958 the Queen's Bays paraded for the last time and were reviewed by their Colonel-in-Chief, Queen Elizabeth The Queen Mother.