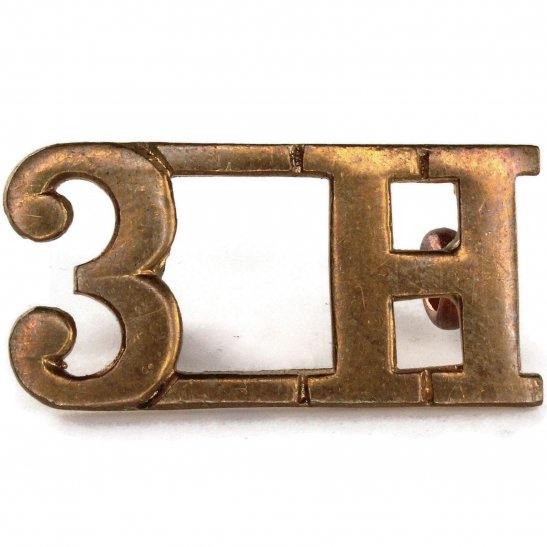 The 3rd (The King's Own) Hussars was a cavalry regiment in the British Army, first raised in 1685. It saw service for three centuries, before being amalgamated into The Queen's Own Hussars in 1958. On the outbreak of the First World War, the regiment was stationed at Shorncliffe as part of the 4th Cavalry Brigade. On mobilisation, the brigade was assigned to the Cavalry Division of the British Expeditionary Force, and was sent to France. The 4th Brigade was assigned to the 2nd Cavalry Division in October, with which it remained for the remainder of the war, serving on the Western Front. The regiment was deployed to Turkey in November 1921 as part of the British intervention force, remaining there until 24 August 1923, when it sailed to Egypt. In 1926, the regiment was stationed in Lucknow, India. Returning to England in 1932, the regiment was initially garrisoned in York, but moved to Tidworth in 1934.

The regiment began mechanising in 1935, when it began receiving lorries, followed by armoured cars in the following year. In 1937, the regiment moved to Aldershot, where it served as the reconnaissance unit of the 2nd Infantry Division. The 3rd Hussars was brigaded with the 4th Hussars in the 1st Armoured Brigade in 1939. After the fall of France, the 3rd Hussars was shipped to North Africa and assigned to the 7th Armoured Brigade. The regiment served in the North African Campaign. In 1941, B Squadron was sent to Singapore as reinforcements, but with the fall of Singapore, it was diverted to Java where, after a brief fight, it was ordered to surrender and the men spent the rest of the war as Prisoners of War. The remainder of the regiment fought in the Battle of El Alamein, where all but four tanks were destroyed in the first days of the action. After the campaign in North Africa, the 3rd Hussars next saw action in the Italian Campaign, serving through 1944 and 1945. Fifty four members of B Squadron died as prisoners of the Japanese Army. The few survivors returned to the regiment in 1945 after the war ended.