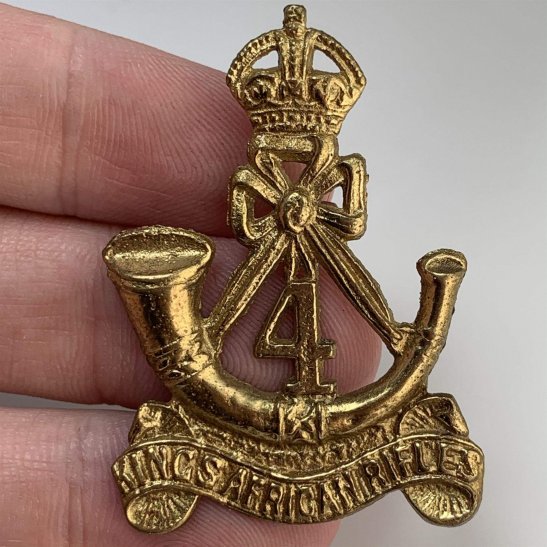 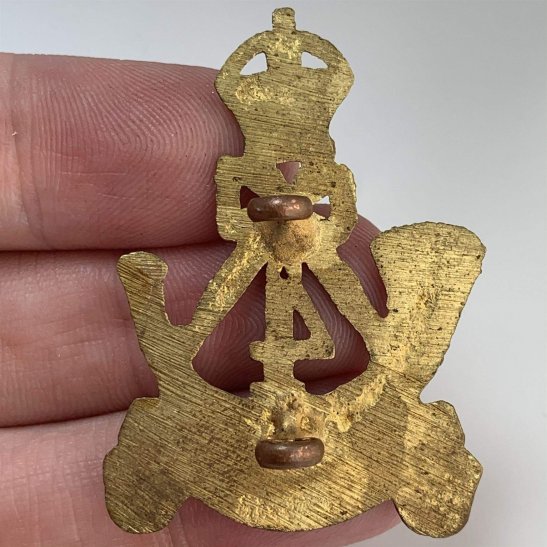 The King's African Rifles (KAR) was a multi-battalion British colonial regiment raised from the various British possessions in East Africa from 1902 until independence in the 1960s. It performed both military and internal security functions within the East African colonies as well as external service as recorded hereafter. The KAR began the First World War with 21 small companies in three battalions (each with up to eight companies following the British pre-1913 half-company establishment): the 1st Nyasaland (half of the battalion was located in northeast Nyasaland), 3rd East Africa (with one company on Zanzibar) and the 4th Uganda, both of the latter included a 4th platoon of Sudanese with the 4th platoons of 4th battalion being led by Sudanese officers. Additionally the companies were scattered all over British East Africa. Full strength of the KAR in 1914 was 70 British officers, three British NCOs, and 2,325 Africans. In 1915 the KAR was expanded by having the three battalions reorganised into standard four-company battalions, which were then brought up to full strength at 1,045 men each. It was not until early 1916 that the 2nd Nyasaland and 5th Kenya battalions [1916-1963] were re-raised, this had more to do with white sensitivities in Kenya about arming and training large numbers of black African troops. Part of the KAR's expansion involved bringing up unit strengths to the same size as British and Indian Army Imperial Service units, while also increasing the numbers of white officers and NCOs. The increase in cadres was difficult due to the shortage of Swahili speaking whites, as many white settlers had already formed segregated units such as the East African Mounted Rifles, the East African Regiment, the Uganda Volunteer Rifles and the Zanzibar Volunteer Defence Force. The regiment fought in the East African Campaign against the German commander Paul Erich von Lettow-Vorbeck and his forces in German East Africa. Transport and support into the interior was provided by over 400,000 porters of the Carrier Corps. By the end of the Great War the KAR comprised 1,193 British officers, 1,497 British NCOs and 30,658 Africans (33,348 total) in 22 battalions, including two made up of former German askaris, as noted above. In Armies in East Africa 1914-18, Peter Abbot notes that the KAR units recruited from former prisoners of war were used as garrison troops by the British, to avoid any conflict of loyalties. However, one of these battalions was involved in the pursuit of a force under Hauptman Wintgens from February to October 1917. KAR casualties in the First World War were 5,117 killed and wounded with another 3,039 dying from diseases. The KAR fought in several campaigns during the War of 1939-1945. It fought against the Italians in Italian East Africa during the East African Campaign, against the Vichy French in Madagascar during the Battle of Madagascar, and against the Japanese in Burma during the Burma Campaign. Initially the KAR was deployed as the 1st East African Infantry Brigade and the 2nd East African Infantry Brigade. The first brigade was responsible for coastal defence and the second for the defence of the interior. (See 1st SA Infantry Division) By the end of July 1940, two additional East African brigades were formed, the 3rd East African Infantry Brigade and the 6th East African Infantry Brigade. Initially a Coastal Division and a Northern Frontier District Division were planned, but, instead, the 11th African Division and the 12th African Division were formed. The two divisions included East African, Ghanaian, Nigerian, and South African troops. The Ghanaian and Nigerian troops came from the Royal West African Frontier Force. Under the terms of a war contingency plan, a brigade each was provided from the Gold Coast (now Ghana) and from Nigeria for service in Kenya. A Nigerian brigade, together with two East African brigades (the KAR brigades) and some South Africans, formed the 11th African Division.