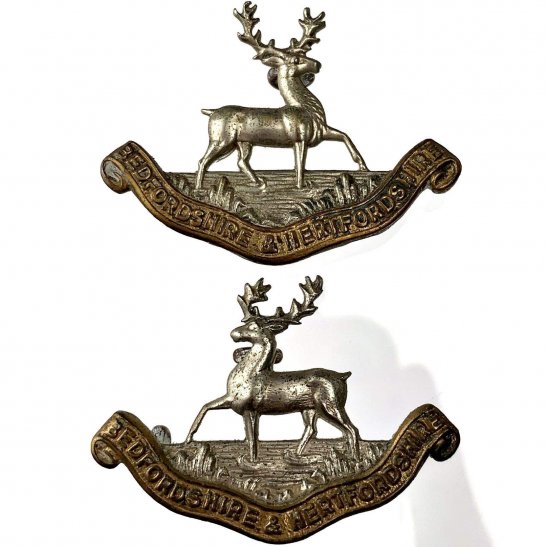 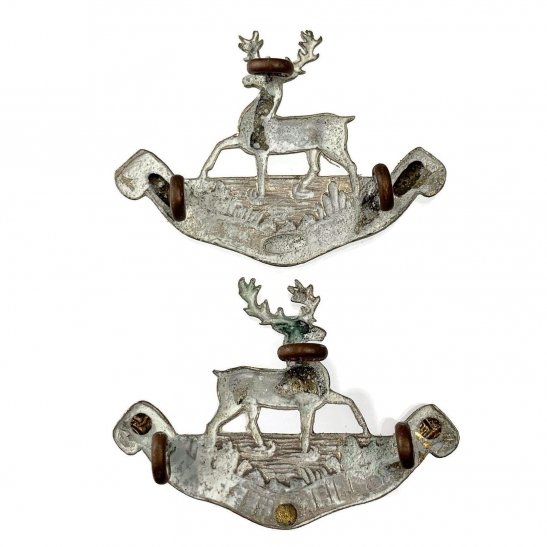 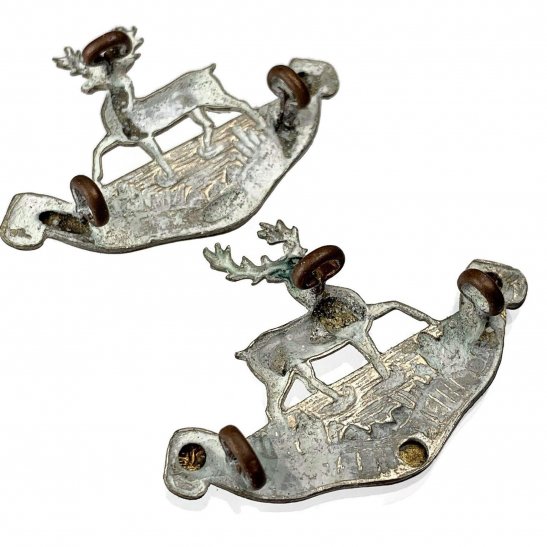 The Bedfordshire and Hertfordshire Regiment was the final title of an infantry regiment of the line in the British Army, originally formed in 1688. The lineage of the regiment is today continued by the Royal Anglian Regiment. On 1 July 1881 the Childers Reforms came into effect. These were the logical continuation of the 1873 reforms: the regimental numbers of infantry regiments were replaced with territorial titles, "brigade districts" were renamed as "regimental districts", and the local militia and rifle volunteer corps were affiliated to the new regiments. Accordingly the 16th Foot became The Bedfordshire Regiment. The regimental district comprised the counties of Bedfordshire and Hertfordshire. The Bedfordshire Regiment was greatly expanded during the First World War and was engaged in Europe and the Middle East. The 1st (Regular) Battalion was mobilised from garrison duty in Ireland in August 1914 and fought as part of the 5th Infantry Division from the Battle of Mons in August 1914 to the Battle of the Sambre on 4 November 1918. The battalion served in every sector of the Western Front as well as in northern Italy, with Private Edward Warner winning a posthumous Victoria Cross on Hill 60 in May 1915. The 2nd (Regular) Battalion was mobilised from garrison duty in South Africa and landed in Zeebrugge on 6 October 1914, within the 'Immortal' 7th Infantry Division. It was engaged from the First Battle of Ypres in October 1914, through to the Battle of the Sambre (1918). It served entirely on the Western Front, with Captain Charles Calveley Foss winning the Victoria Cross during the Battle of Neuve Chapelle in March 1915. The 3rd (Reserve) Battalion provided home defence in and around Felixstowe, Suffolk and remained there throughout the war. The 4th (Special Reserve) Battalion were initially posted to the Felixstowe and Harwich garrisons but were mobilised in July 1916, joining the 63rd (Royal Naval) Division on the Western Front that month. It was engaged from the Battle of the Ancre in November 1916, to the Passage of the Grand Honelle during the Hundred Days Offensives; its last shots being fired in anger on 10 November 1918. Acting Lieutenant-Colonel John Stanhope Collings-Wells won a posthumous Victoria Cross in March 1918 whilst commanding the battalion through the German Spring Offensive (Operation Michael). The 5th (Territorial) Battalion were mobilised in August 1914 and, after providing home defence in East Anglia, sailed for Gallipoli in July 1915. It served in the 54th (East Anglian) Infantry Division during the Gallipoli Campaign, and in Egypt and Palestine. Private Samuel Needham won the Victoria Cross in September 1918 but died from accidental gunshot wounds sustained after the armistice, on 4 November 1918.

The 5th Battalion were redesignated as the 1st/5th Battalion on the formation of a 2nd/5th (Reserve) Battalion in 1914, which was supplemented by the 3rd/5th (Reserve) Battalion the following summer. Both reserve battalions remained on home defence duties in the U.K., finding and training drafts for the front line 1st/5th Battalion, until they were merged into a single reserve battalion in 1918. The resulting reserve battalion was disbanded in March 1919. The regiment was expanded for the duration of the Second World War: The 5th Battalion (TA) formed a duplicate 6th Battalion in 1939. The 7th, 2/7th, 8th, 9th and 10th Battalions were raised The 1st, 2nd and 5th Battalions saw active service: The 1st Battalion was stationed in the Middle East, moving to India in 1942 and subsequently serving as "Chindits" in the Burma Campaign of 1944. The 2nd Battalion formed part of the British Expeditionary Force dispatched to France in September 1939, and evacuated in 1940. It took part later in the Western Desert Campaign in 1941-42, the Tunisia Campaign in 1942-44, the Italian Campaign in 1944 and the liberation of Greece in 1944-45. The 5th Battalion formed part of the reinforcements dispatched to Malaya in early 1942. It surrendered to the Japanese Army with the Fall of Singapore. At the end of the war in 1945, the 1st Battalion was in India and the 2nd in Greece. The 1st Battalion moved to Libya in 1947 and then to Greece, where civil war had broken out. The 2nd Battalion moved from Greece to Egypt in 1946, returning to the United Kingdom in 1947.