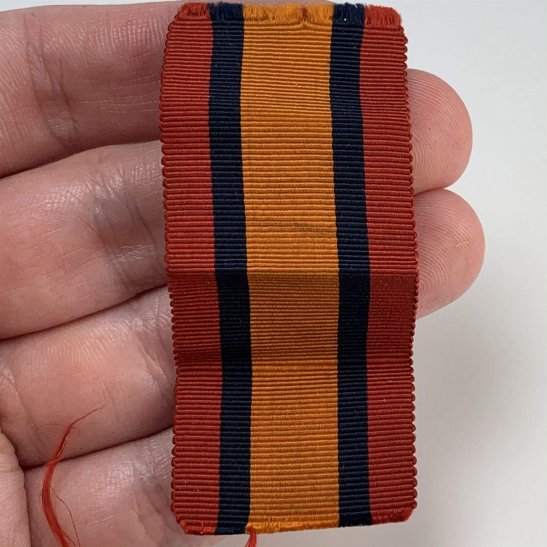 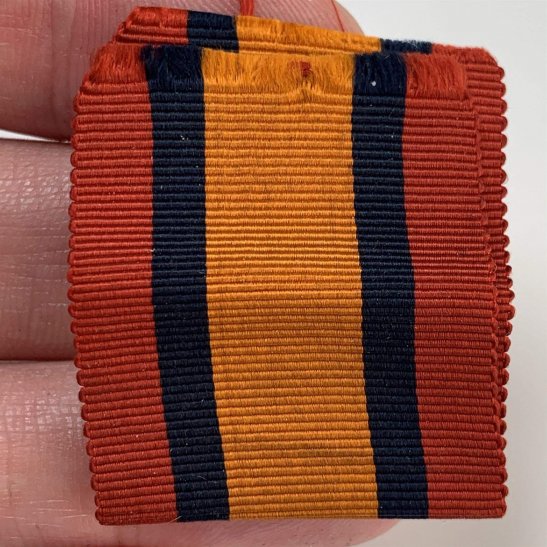 The Queen's South Africa Medal was awarded to all British forces who served in South Africa from 11 October 1899 up to the end of the war on 31 May 1902. Units from the British Army, Royal Navy, colonial forces from Australia, Canada, New Zealand, India, the Cape of Good Hope, the Colony of Natal and "hensoppers" (joiners and collaborators, literally "hands-uppers") from the South African Republic and Orange Free State, civilians employed in official capacity, war correspondents and non-enlisted men of whatever nationality who drew military pay qualified for the award of the medal. This included those such as the New Zealand 10th Contingent who arrived in Durban in May 1902, but did not fight.[1] Approximately 178,000 medals were awarded. The medal, without a clasp, was also awarded to troops who guarded Boer prisoners at the prisoner of war camp on the island of Saint Helena. Troops on the Mediterranean islands, however, were awarded the Queen's Mediterranean Medal, while some personnel on troopships were awarded the Transport Medal.