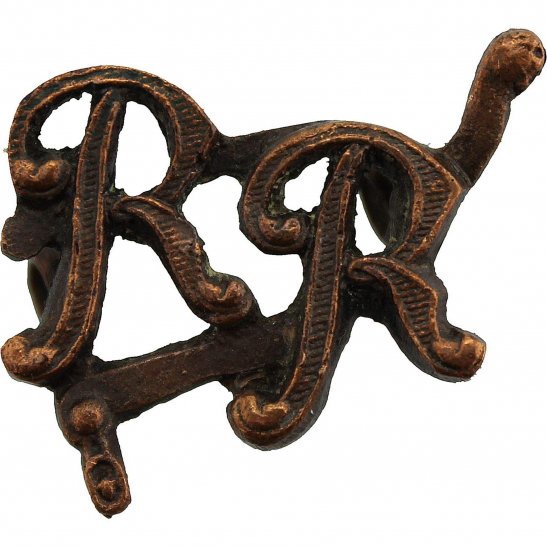 The City of London Yeomanry had originally been formed in 1900 as the 20th Battalion, Imperial Yeomanry, and designated for service in the Second Boer War. The battalion's adopted nickname of the "Rough Riders" was taken from the US cavalry regiment that fought in the Spanish-American War. An additional battalion, the 22nd Rough Riders, was then formed in 1901, when the 20th Battalion was disbanded and the new regiment was formed from Boer War veterans. This regiment was retitled the City of London Imperial Yeomanry (Rough Riders), with its headquarters at the Guildhall. The HQ later transferred to Finsbury Square, and the regiment, upon joining the newly established Territorial Force in 1908, was again retitled as the 1st City of London Yeomanry (Rough Riders).

By the beginning of the First World War, the regiment consisted of four squadrons and was assigned to the London Mounted Brigade. The 1st Line regiment mobilized with its brigade and concentrated in Berkshire at the outbreak of war. It joined 2nd Mounted Division on 2 September and moved with the division to East Anglia in November 1914. On 11 April 1915, the regiment embarked on Scotia and departed Avonmouth for the Mediterranean. It arrived off Cape Helles on 28 April and stood by to land. However, on 1 May it departed again, arriving at Alexandria on 6 May where it rejoined the 2nd Mounted Division. It was posted to the Suez Canal Defences (near Ismalia) by the middle of May and its parent brigade was designated 4th (London) Mounted Brigade. The regiment was dismounted in August 1915 for service in the Gallipoli Campaign. It left a squadron headquarters and two troops (about 100 officers and men) in Egypt to look after the horses. The regiment landed at Suvla Bay on the morning of 18 August and moved into reserve positions at Karakol Dagh. It moved to "C" Beach, Lala Baba on 20 August. On 21 August it advanced to Chocolate Hill under heavy fire and took part in the attack on Hill 112. Due to losses during the Battle of Scimitar Hill and wastage during August 1915, the 2nd Mounted Division had to be reorganised. On 4 September 1915, the 2nd Composite Mounted Brigade was formed from the 3rd (Notts and Derby) and 4th (London) Mounted Brigades. The regiment formed part of a battalion sized unit 4th London Regiment. The regiment embarked for Mudros on 2 November and returned to Egypt in December 1915 where it was reformed and remounted. The regiment (and its brigade) left the 2nd Mounted Division on 18 January 1916 and was sent to Abbassia. It once again served as part of the Suez Canal Defences.

In March 1916, the brigade was redesignated as 8th Mounted Brigade. From November 1916 to June 1917, the regiment took part in the Salonika Campaign, serving as GHQ Troops with the British Salonika Army. The regiment arrived back in Egypt from Salonika with its brigade on 8 June 1917. It moved forward and joined the newly formed Yeomanry Mounted Division on 21 July 1917 at el Fuqari. From 31 October it took part in the Third Battle of Gaza, including the Battle of Beersheba and the Capture of the Sheria Position. It took part in the Battle of Mughar Ridge on 13 and 14 November and the Battle of Nebi Samwil for 17 to 24 November. From 27 to 29 November, it withstood the Turkish counter-attacks during the Capture of Jerusalem. In March 1918, the 1st Indian Cavalry Division was broken up in France. The British units (notably 6th Dragoons, 17th Lancers, 1/1st Queen's Own Yorkshire Dragoons and A, Q and U Batteries RHA) remained in France and the Indian elements were sent to Egypt. By an Egyptian Expeditionary Force GHQ Order of 12 April 1918, the mounted troops of the EEF were reorganised when the Indian Army units arrived in theatre. On 24 April 1918, the Yeomanry Mounted Division was indianized and its title was changed to 1st Mounted Division, the third distinct division to bear this title.