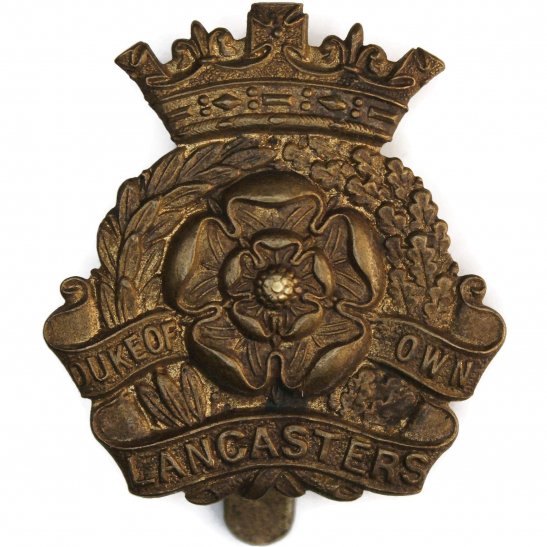 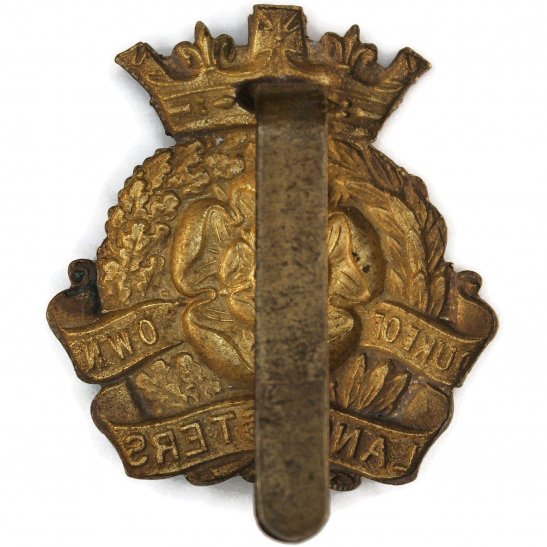 The Duke of Lancaster's Own Yeomanry has its origins in the various troops of light horse raised in the eighteenth century in the county of Lancaster, the earliest of which was the Bolton Light Horse formed in 1798. Formed in August 1914, in Manchester, the regiment became part of the Welsh Border Mounted Brigade. It was then split up with RHQ and 'C' Squadron joining the 23rd Division in April 1915, after being briefly attached to the 1st Cavalry Division in late April to early May 1916. 'A' Squadron joined the East Lancashire Division; then it moved to the 53rd Division while in Egypt on 29 January 1917, and moved to XXI Corps Cavalry in Palestine in August 1917 'D' Squadron joined the 14th Division. On 14 May 1916, all the units except 'A' Squadron reformed in France, where together with 'C' Squadron of the Surrey Yeomanry, they formed III Corps Cavalry. On 24 July 1917 they were dismounted and became G.H.Q troops. On 24 September 1917, after infantry training, the regiment joined a battalion of the Manchester Regiment, which was redesignated 12th (Duke of Lancaster's Own Yeomanry) Bn, the Manchester Regiment.

The 2nd Line regiment was formed in September 1914. By July 1915, it was under the command of the 2/1st Western Mounted Brigade (along with the 2/1st Westmorland and Cumberland Yeomanry and the 2/1st Lancashire Hussars) and in March 1916 was at Cupar, Fife. On 31 March 1916, the remaining Mounted Brigades were numbered in a single sequence and the brigade became 21st Mounted Brigade, still at Cupar under Scottish Command. In July 1916 there was a major reorganization of 2nd Line yeomanry units in the United Kingdom. All but 12 regiments were converted to cyclists and as a consequence the regiment was dismounted and the brigade converted to 14th Cyclist Brigade. Further reorganization in October and November 1916 saw the brigade redesignated as 10th Cyclist Brigade in October 1916, still at Cupar. By January 1918, 10th Cyclist Brigade had moved to Lincolnshire with the regiment at Alford and Skegness. About May 1918 the Brigade moved to Ireland and the regiment was stationed at Tralee, County Kerry. There were no further changes before the end of the war.

During World War II the regiment was mobilised as horsed cavalry but in 1940, it converted into and formed the 77th Medium and 78th Medium Regiments of Royal Artillery. The 78th went on to serve in Palestine, Syria and Italy as part of 6th Army Group Royal Artillery (6 AGRA). The 77th remained in Northern Ireland until early 1944 when it prepared for the invasion of Europe. Landing in Normandy on D Day plus 6, it was attached to 8 AGRA and fought for the Odon Bridgehead and in the battle of the Falaise Gap. It also provided support for the Arnhem Operation Market Garden in September 1944.