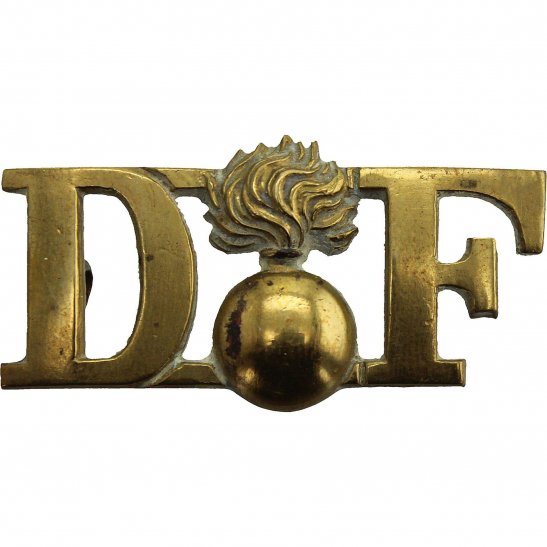 The Royal Dublin Fusiliers was an Irish infantry Regiment of the British Army created in 1881, one of eight Irish regiments raised and garrisoned in Ireland, with its home depot in Naas. The Regiment was created by the amalgamation of two British Army regiments in India - the Royal Bombay Fusiliers and Royal Madras Fusiliers - with Dublin and Kildare militia units as part of the Childers Reforms that created larger regiments and linked them with "Regimental Districts". The First World War began in August 1914, and the British Empire declared war on Germany after it invaded Belgium. The Regiment raised 6 battalions during the war (11 in total), serving on the Western Front, Gallipoli, Middle East and Salonika. The Dublin Fusiliers received 3 Victoria Crosses (VC), the highest award for bravery in the face of the enemy, and was also awarded 48 Battle Honours and 5 Theatre Honours. The Regiment lost just over 4,700 killed and thousands wounded during the war. The 2nd Dublins arrived in France in the month war was declared as part of 10th Brigade, 4th Division. The Division was part of the British Expeditionary Force (BEF), the professionals of the old regular army, known as the 'Old Contemptibles' after a comment made by the German Kaiser. The 8th and 9th Dublins, who had arrived in France in December 1915 as part of 48th Brigade of the 16th (Irish) Division, were also subject to a German gas attack at the Battle of Hulluch, near Loos, on 27 April 1916, suffering heavy casualties. There had been trouble at home that month in Dublin when the Easter Rising had taken place though, in spite of this, the Dublin Fusiliers still performed with dedication to their duty.