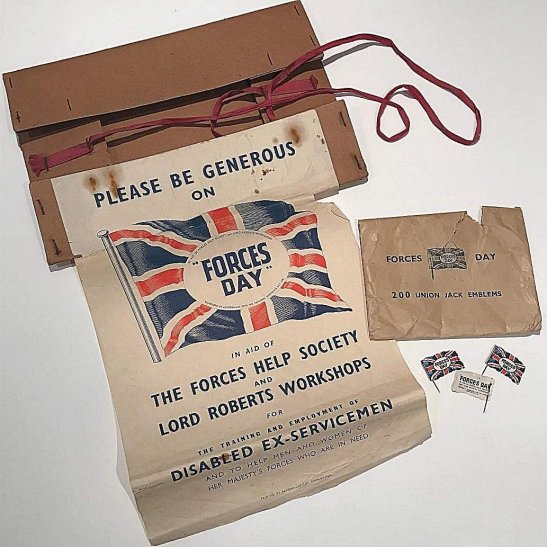 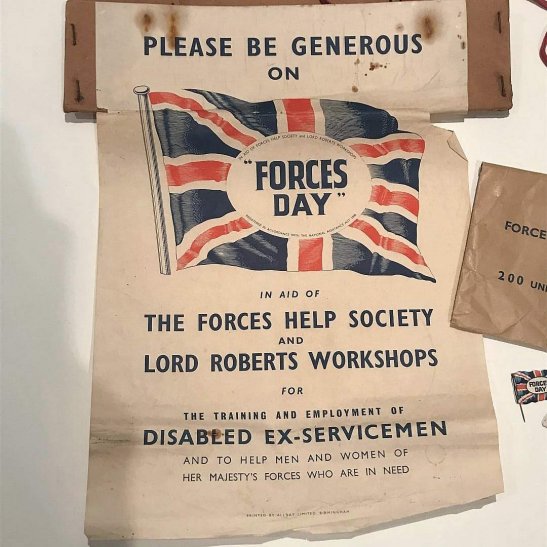 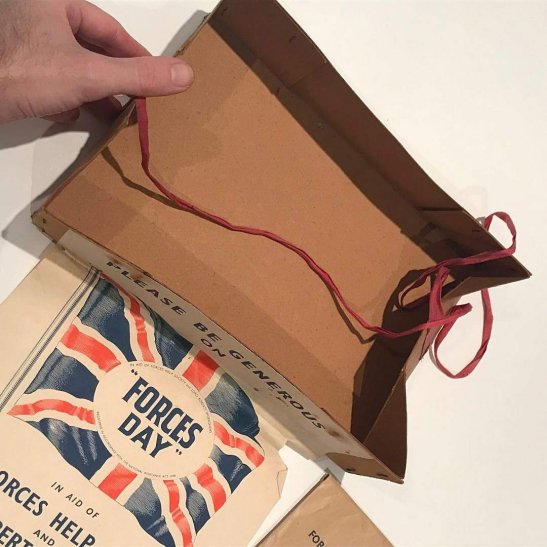 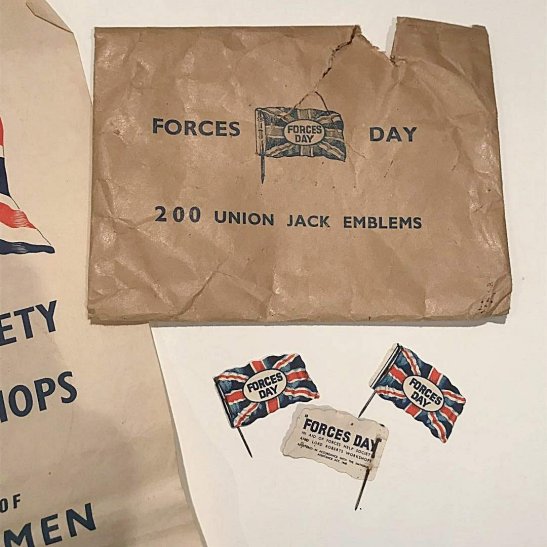 This is a very rare, original WW2 period Flag Day Pin Badge collection seller's box, paper bag & 3x badges for sale. This collection box was for Force's Day and to help disabled soldiers from the war. An amazing piece of social history from WW2.

These charity "flag day" fundraising pin badges were sold during WW1 & WW2 to raise money for a variety of causes; mainly supporting the troops fighting on the various fronts, supporting the war effort, supporting wounded soldiers, widows etc. On Saturday 5th September 1914, Mrs Morrison (the founder of the World War One flag day movement) launched her first collection of the Great War. Three thousand six hundred collecting tins were issued and each collector carried a tray laden with flags. It soon became evident that the sellers - with their red, white and blue scarves, and members of the Boys' Brigade and Boy Scouts who assisted them, had entirely captured the sympathy of the public. she said. The extraordinary success of Mrs Morrison's flag day was widely noticed, and soon ?received letters from all parts of the country?, she said, ?asking for information and assistance, as others were anxious to take up the idea, when it was seen how easily large sums could be obtained, by such a simple method.The holding of flag days as a rewarding means of raising money for worthy causes was proved for all to see. One of the most worthy of causes was that of raising money through the sale of penny-flags to help British prisoners of war in Germany.