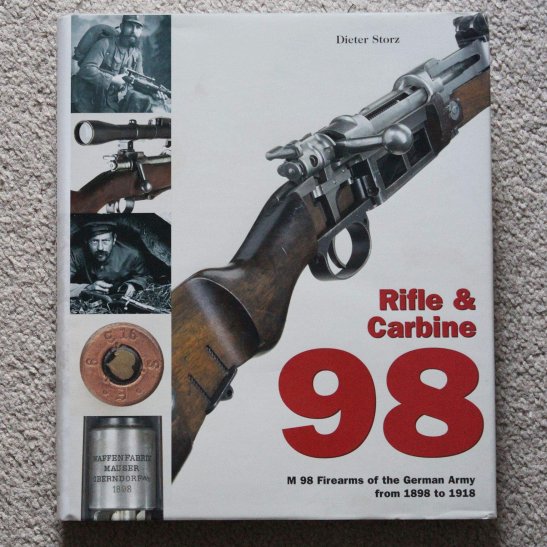 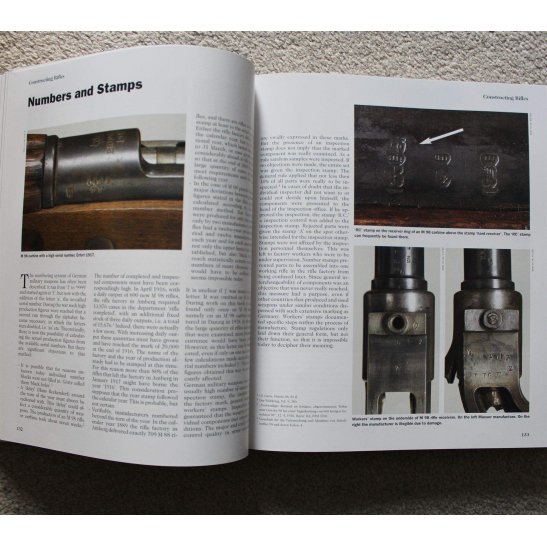 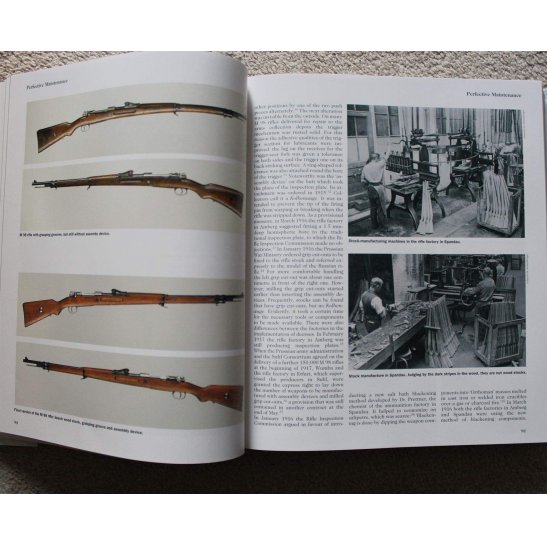 DUE TO THE WEIGHT, UNFORTUNATELY, WE CAN ONLY POST THIS BOOK TO THE UK.

This is in very good, clean, solid condition though there may be a few bumps to the corners of the book and other minor signs of wear.  464 pages, approx. 850 photographs and illustrations.

In 1898 the German Army introduced a new rifle that was to influence not only the armament of the German armed forces until the mid 20th century, but also that of many other countries. This book deals with the history of M 98 rifles and carbines in Germany between 1898 and 1918. The book relies on the collections of the major military historical museums in Germany. After years of research work in the archives new data can now be presented to the public. Hitherto unknown experimental rifles from the Prussian Rifle Inspection Commission allow the path leading to the new weapon to be reconstructed. Exotic models and special patterns such as rifles with telescopic sights, accessories, ammunition, bayonets and many other things belonging to the rifle are presented in the illustrations and text. But the book is not confined to describing the artefacts, it illuminates the historical, military and technological background. The reader learns how troops handled weapons, how rifles and carbines were maintained, how and according to which principles rifle training was carried out in peacetime and during the war and what role the rifle played in combat. The book also treats in detail technical modifications, manufacturing methods, the organization of mass production, the arms industry, production figures and the problems of arms supply during the First World War.