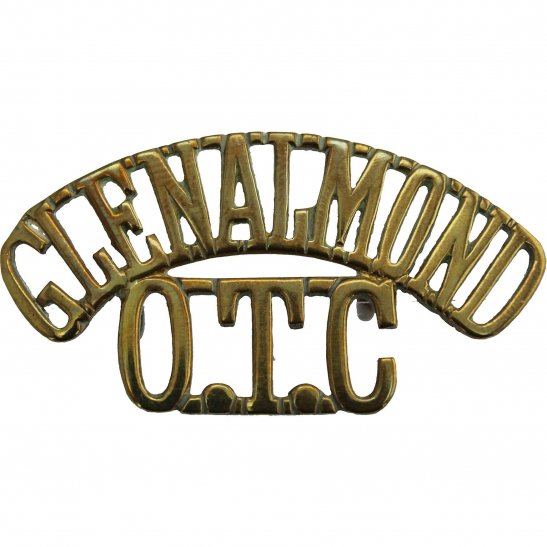 The origins of Cambridge University Officers’ Training Corps date to 1803 when, with Britain under threat of French invasion, Cambridge University undergraduates formed a corps of Rifle Volunteers to help defend British shores. Thereafter, the Cambridge University Rifle Volunteers (CURV) was formally raised in 1860. During British involvement in the Second Boer War in 1899 there was a public focus on volunteering for the forces serving in South Africa. In response to this, more than one hundred members of CURV applied; however, due to age, qualifications, training and, critically, the ability to shoot excellently, only 28 were successful. All the Volunteers were made Honorary Freemen of the Borough of Cambridge and on 21 December 1904, three years later, CURV was granted the battle honour “South Africa 1900-01″. In 1908, CURV was renamed Cambridge University Officers’ Training Corps and remains the only Officers’ Training Corps to be awarded a battle honour. In Aberdeen, the first formed university unit was a battery of the 1st Aberdeen Volunteer Royal Artillery, raised in December 1885. The battery was officered by members of the university staff and commanded by Captain William Stirling, then professor of physiology. In March 1895, the University Battery was absorbed by the 1st Heavy Battery. In November 1897, an Aberdeen University detachment of the 1st Volunteer Battalion, Gordon Highlanders, was recruited, and in 1898 the detachment became University Company (“U” Company).

The emergence of the OTC as a distinct unit began in 1906, when the Secretary of State for War, Lord Haldane, first appointed a committee to consider the problem of the shortage of officers in the Militia, the Volunteer Force, the Yeomanry, and the Reserve of Officers. The committee recommended that an Officers’ Training Corps be formed. The Corps was to be in two divisions: a junior division in public schools and a senior division in the universities. In October 1908, therefore, authorised by Army Order 160 of July 1908, as part the Haldane Reforms of the Reserve forces, the contingents were formally established as the Officers’ Training Corps and incorporated into the new Territorial Force, which was created by the Territorial and Reserve Forces Act 1907. During the First World War, the senior OTCs became officer producing units and some 30,000 officers passed through, but after the war they reverted to their basic military training role. During the 1930s, the OTCs began to increase in strength. They peaked in 1938 during the Munich Crisis. In the Second World War they again became officer producing units for the army.