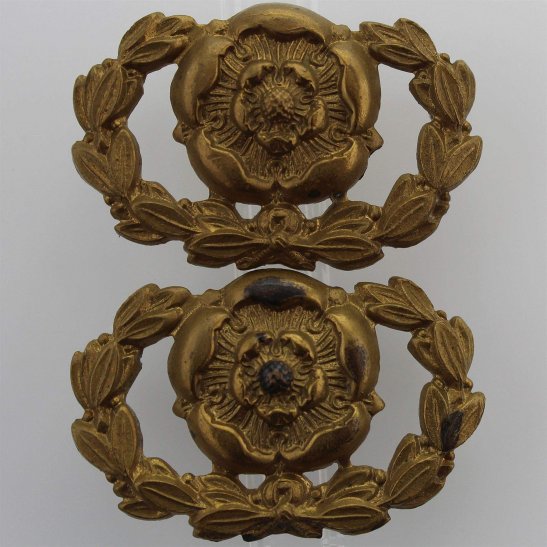 The Royal Hampshire Regiment was a British Army line infantry regiment from 1881 to 1992. Its lineage is continued today by the Princess of Wales's Royal Regiment. The Hampshire Regiment was formed on 1 July 1881 under the Childers reforms from the merger of the 37th (North Hampshire) Regiment of Foot and the 67th (South Hampshire) Regiment of Foot along with the militia and rifle volunteers of the county of Hampshire. A regimental tradition was that on 1 August, known as Minden Day, each year battalion members would wear a rose in their head dress to commemorate the Battle of Minden. In World War I it took part in the Battle of Gallipoli when engaged in the fatal Landing at Cape Helles of the 88th Brigade, 29th (UK) Division. The 2nd Battalion was sent to Ireland to fight the IRA. On 31 May 1921 seven soldiers, all with the band of the 2nd Battalion Hampshire Regiment were on their way to the rifle range at Youghal County Cork when a road mine exploded under the truck they were travelling in. Three soldiers were killed outright while a further four died later from their wounds.

In the Second World War, the Hampshire Regiment had six battalions that fought abroad, whilst more battalions stayed at home. The six battalions who fought abroad were the 1st, 2nd, 1/4th, 2/4th, 5th and 7th Battalions. The 1st Battalion of the regiment formed part of the 50th (Northumbrian) Infantry Division, and took part in the D-Day landings, landing at Gold Beach on 6 June 1944. 1st Battalion, still under command of the Guards Armoured Division, started the attack towards Eindhoven, which was the attack designed to relieve the British and Polish paratroops at Arnhem, who had dropped as part of Operation "Market Garden". The 1st Battalion, as part of 231 Infantry Brigade, was charged with defending the "Corridor" formed by the armoured advance. In October, the 1st Battalion moved up to Nijmegen and moved onto "The Island", the bridgehead over the river Waal but behind the river Lek. 11 May 1940 the 2nd Battalion crossed into Belgium in response to the German invasion of Belgium, and by 14 May was digging into a defensive position. However, an attack never came, but the Dutch and the French 9th Army were retreating, so on 16 May the British 1st Division was ordered to retreat. A slow retreat then commenced, ending at Dunkirk.