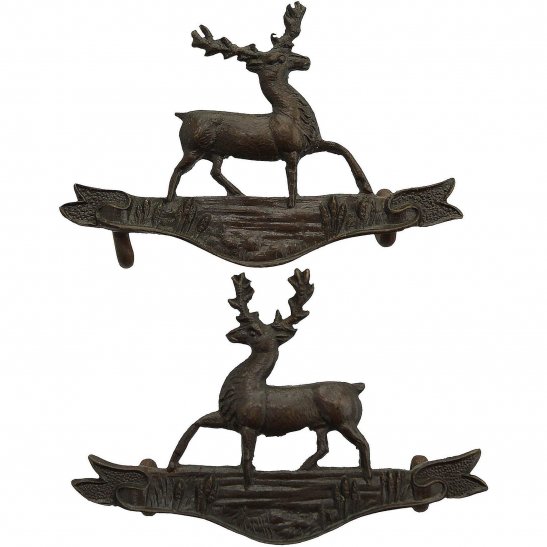 The Hertfordshire Yeomanry is a British Army unit specializing in artillery and yeomanry that can trace its formation to the late 18th century. First seeing service in the Boer War, it subsequently served in both World Wars. The 1/1st was mobilised in August 1914 and attached to the Eastern Mounted Brigade, they later moved to Egypt in January 1915 and joined the Yeomanry Mounted Brigade. The Yeomanry Mounted Brigade moved to Gallipoli as dismounted troops attached to the 2nd Mounted Division and redesignated as the 5th Mounted Brigade. After the evacuation of Gallipoli they returned to Egypt in December 1915, and were remounted and moved to the Western Frontier Force. In March 1916 the Regiment was split up, RHQ with A Squadron were attached to the 54th Division, later A Squadron joined XXI Corps, Cavalry in Palestine. B Squadron was attached to the 11th Division, in England until on 12 July 1916 joined VI Corps Cavalry, until early in 1917 when it moved to join XVIII Corps, Cavalry. In May 1917 it became GHQ Troops. In July 1917 it returned to Egypt and in May 1918 joined XXI Corps Cavalry in Palestine. D Squadron moved to Mesopotamia, initially on Lines of Communication duties and in July 1916 it was attached to the 13th Division, until December of that year when they moved to III (Tigris) Corps Cavalry. In August 1917 they were attached to the 15th Indian Infantry Division, and in May 1918 they were tasked with Lines of Communication duties with the North Persia Forc.