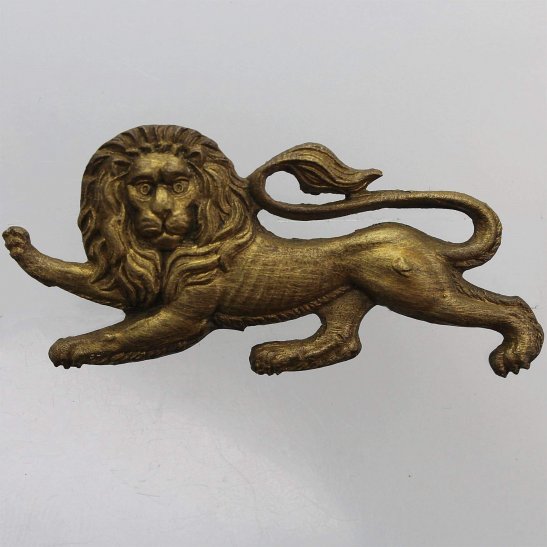 The King's Own Royal Regiment (Lancaster) was an infantry regiment of the line of the British Army. It served under various titles from 1680 to 1959. Its lineage is continued today by the Duke of Lancaster's Regiment. The regiment was raised on 13 July 1680, as the 2nd Tangier, or Earl of Plymouth's Regiment of Foot. It saw service for nearly three centuries. In 1751, after various name changes, the regiment was titled the 4th (King's Own) Regiment of Foot. The regiment retained this title until the Childers Reforms of 1881, when it became The King's Own (Royal Lancaster Regiment). In 1921, it was re-designated The King's Own Royal Regiment (Lancaster). The regiment's first battle honour was gained at Namur (1695) during the War of the Augsburg League, 1688-1697. Soon after, they saw action at Gibraltar in 1704-1705, Guadeloupe 1759, and St. Lucia 1778. In 1746, the regiment received most of the government casualties at the Battle of Culloden. During the Napoleonic Wars, the regiment fought at Corunna, Badajoz, Salamanca, Vittoria, San Sebastian, Nive, Bladensburg, and Waterloo. During the Crimean War, the regiment fought at Alma, Inkerman, and Sevastopol. It also saw action in Abyssinia in 1868, South Africa in 1879 and from 1899 to 1902, where it took part in the Relief of Ladysmith. The regiment also saw colonial service in Australia from 1832 until 1837, being stationed variously at Tasmania, Sydney, Victoria, South Australia, and the Swan River Colony under the command of Lieut. Colonel J. K. McKenzie.

The following battalions of the King's Own served during World War I: 1st Battalion: landed in France with the 4th Division of the British Expeditionary Force.2nd Battalion: returned from India and served with the 28th Division in Salonika. The following battalions served during World War II: 1st Battalion was stationed in Malta on the outbreak of war, moving to Karachi in British India at the end of 1939. It subsequently served in Iraq and Syria with 25th Indian Infantry Brigade of 10th Indian Infantry Division. In August 1942, the battalion embarked from Egypt for Cyprus, but the transport was torpedoed and the troops had to return and re-embark later. In May 1943, 1st Bn returned to Syria, and then it joined 234th Brigade in the Aegean Islands in October 1943. Here, the bulk of the battalion was captured by the Germans on 16 November, after the Battle of Leros. It was reformed in 25th Indian Bde by amalgamating with 8th Bn King's Own and later served in the Italian campaign. 2nd Battalion formed part of the British garrison of Jerusalem when war broke out. It joined 14th Brigade in Palestine in March 1940 and moved with it to Egypt in July. The battalion served with 16th Brigade of 6th Division (later redesignated 70th Division) in the Defence of Tobruk and later formed part of the garrison of Ceylon. In September 1943, the battalion was stationed with 70th Division at Bangalore in India when it was selected for attachment to the second Long Range Penetration or Chindit brigade (111th Indian Infantry Brigade) for the Burma Campaign. It formed 41 and 46 Columns in the Second Chindit Campaign, crossing into Burma in March 1944 and being flown out to India in July 1944. From November 1944 to February 1945, 2nd Bn was assigned to 14th Airlanding Brigade in 44th Indian Airborne Division.