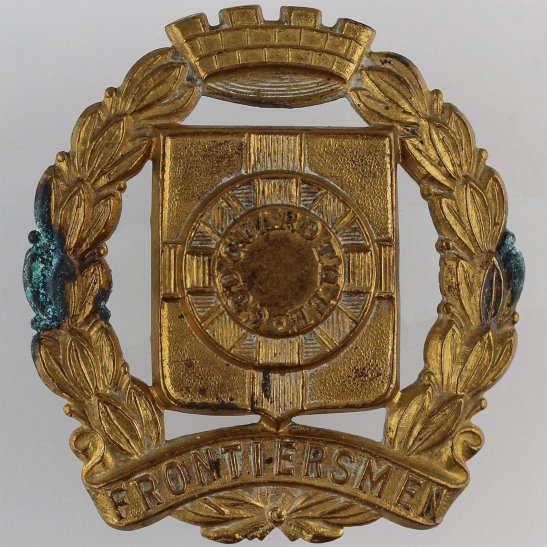 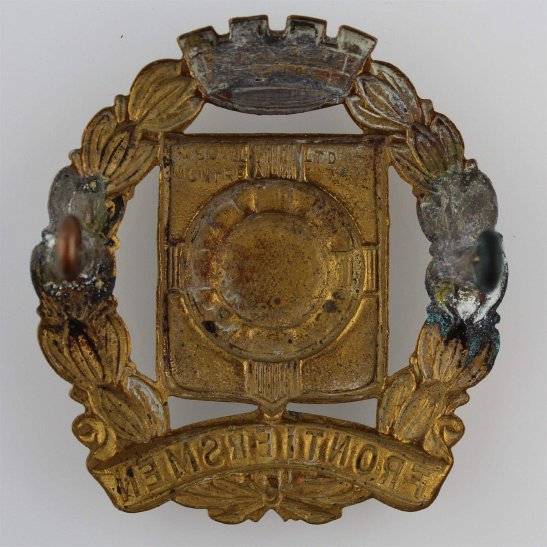 During the First World War, the Legion of Frontiersmen helped raise and fill the ranks of the Princess Patricia's Canadian Light Infantry, the 19th Alberta Dragoons, the 49th Battalion - Canadian Expeditionary Force (today's Loyal Edmonton Regiment), the 210th Battalion (Frontiersmen), - Canadian Expeditionary Force, the 25th (Frontiersmen) Battalion, Royal Fusiliers, and the Newfoundland Regiment. The earliest official description of an authorized uniform for a Canadian unit is noted in The Frontiersman, (December 1912, page 223) describing Vernon and Okanagan Command's uniform as follows: "Shirt Tunic - To be of substantial material, colour navy blue; leather buttons; nickel shoulder chains. Breeches or (Trousers) - Any shade of khaki. Footwear - Brown leather; any combination that affords cover as high as the calves. Headdress - Straight brim Stetson, any shade of brown, with leather band and regimental crest and monogram. Accessories - Brown leather fringed gauntlets; silk blue and white "bird's-eye" neckerchief; regulation LF holster." The Current dress uniform is generally centred around a cavalry blues theme - complete with shoulder chains. This is either worn with a russett-coloured beret, an SD cap or a colonial-pattern 'Lemon Squeezer' (Smokey Bear hat). Jodhpurs and riding boots are worn by the 'Legion of Horse' when 'mounted'.