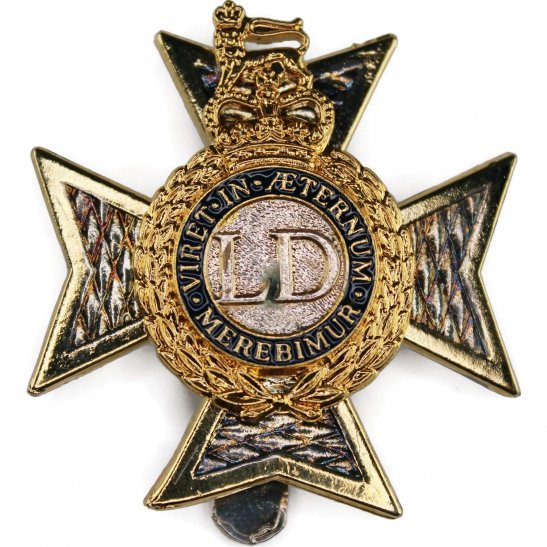 The Light Dragoons (LD) is a cavalry regiment in the British Army. The regiment is a light cavalry regiment with a history in the reconnaissance role which dates back to the early eighteenth century. It is currently based in Catterick Garrison North Yorkshire. The regiment was formed in 1992 at Haig Barracks in Hohne from the amalgamation of two regiments, the 13th/18th Royal Hussars (Queen Mary's Own) and the 15th/19th The King's Royal Hussars. All of the antecedent regiments had been regiments of "light dragoons" during the 18th and 19th centuries, including the Napoleonic Wars. B Squadron (The Guards) was the first squadron of the newly formed regiment to do a tour of duty; sent to Bosnia and Herzegovina in May 1993 on peacekeeping duties. They were followed by C Squadron (The Legion) in November 1993 and later by A and D squadrons in 1994. For all of those initial tours the Light Dragoons deployed on Combat Vehicle Reconnaissance Tracked (CVRT). The Light Dragoons also sent units to Iraq on Operation Telic 2 in July 2003 and Operation Telic 6 in May 2005.