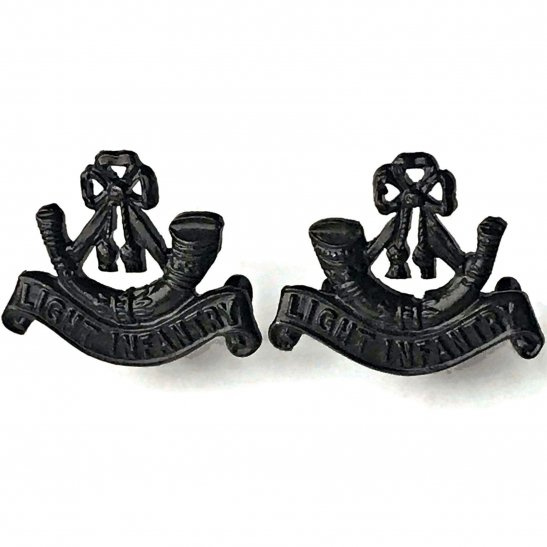 The British Army first experimented with light infantry in the French and Indian War, to counter the tactics used by the French-allied Native Americans. Along with secondment of regular infantry, several specialised units were raised (including Rogers' Rangers and the 80th Regiment of Light-Armed Foot), though most if not all had been disbanded by the middle of the 1760s. From 1770, all regular battalions were required to designate one of their ten companies a "Light Company", though their training in skirmishing was poor and inconsistent.

Dedicated rifle and light infantry regiments began to be formed or converted in the Napoleonic Wars, to counter the French Chasseurs. A new battalion of the 60th Royal Americans (later the King's Royal Rifle Corps) was raised in 1797, and an "Experimental Corps of Riflemen" (later the 95th Rifles and then the Rifle Brigade) in 1800. Both were equipped with green jackets and Baker rifles. Some extant regiments began to be designated "Light Infantry" at this point, receiving skirmishing training but generally still equipped with red coats and muskets. In the Peninsular War, a Light Brigade and later a Light Division were formed, at some points incorporating Portuguese Caçadores. By the Crimean War, rifles had become universal and tactics had substantially changed. This meant that the distinctions between light and line infantry were effectively limited to details such as name, a rapid march of 140 steps per minute, buglers instead of drummers and fifers, a parade drill which involved carrying rifles parallel to the ground ("at the trail") and dark green cloth helmets instead of dark blue. Light infantry badges always incorporated bugle horns as a central feature.