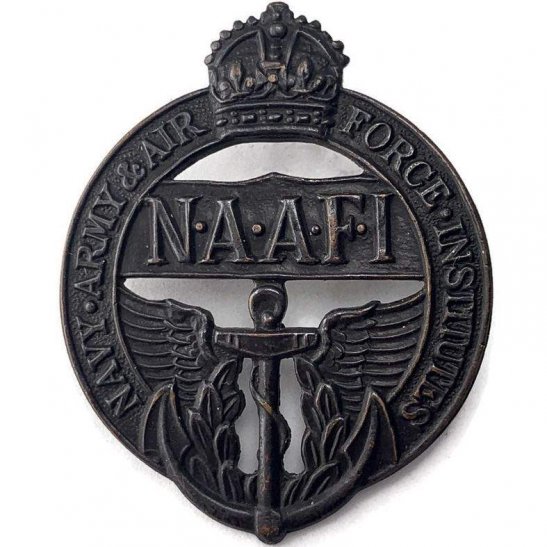 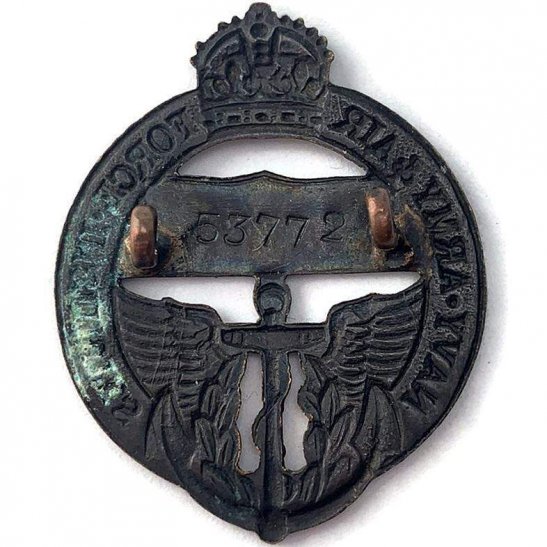 The Navy, Army and Air Force Institutes (NAAFI /'nafi?/) is a organisation created by the British government in 1921 to run recreational establishments needed by the British Armed Forces, and to sell goods to servicemen and their families. It runs clubs, bars, shops, supermarkets, launderettes, restaurants, cafes and other facilities on most British military bases and also canteens on board Royal Navy ships. Commissioned officers are not usually supposed to use the NAAFI clubs and bars, since their messes provide these facilities and their entry, except on official business, is considered to be an intrusion into junior ranks' private lives. After the First World War the Expeditionary Force Canteens (EFC) and the Navy and Army Canteen Board (NACB) did not return to the gratitude of the Nation. This was because EFC had made a large amount of profit from the sales of goods to the troops and opinion was divided as to what should be done with the money. In March 1920 Winston Churchill, then Secretary of State for War, set up a committee to advise on the kind of organisation which would be needed for the Armed Forces in the future. The findings were unanimous; there should be one organisation to serve all three Services, it should be permanent and it should be able to rapidly expand or contract at times of war or peace.

The Navy, Army, Air Force Institutes was therefore established on 6 December 1920 and started trading as NAAFI in 1921 As a not for profit organisation, with no shareholders to reward, NAAFI was asked to run the catering and recreational establishments needed by the armed forces. It had to make a profit for the good of the NAAFI customers - the men and women of the British Armed Forces- and so in addition it undertook to sell goods to servicemen and their families over and above those that were initially provided by the Royal Army Service Corps (RASC). The servicemen would benefit directly by getting cash rebates and discounts on purchases and indirectly through surpluses given back as a whole from each year's trading. For the first time the troops overseas were able to buy the same things in the canteen abroad as they could at home. NAAFI first saw overseas service in Ireland in 1922. Six years later NAAFI would have a presence in Bermuda, Ceylon, Germany, Gibraltar, Iraq, China, Jamaica, Malta, and the Middle East. The NAAFI's greatest contribution was during the Second World War. The Chairman & CEO during the war years was Sir Lancelot Royle and by April 1944 the NAAFI ran 7,000 canteens and had 96,000 personnel (expanded from fewer than 600 canteens and 4,000 personnel in 1939). It also controlled ENSA, the forces entertainment organisation. In the 1940 Battle of France alone, the EFI had nearly 3,000 personnel and 230 canteens. Male EFI personnel were members of the Royal Army Service Corps until 1965, then the Royal Army Ordnance Corps. Since 1993 they have been members of the Royal Logistic Corps. Female personnel were members of the Auxiliary Territorial Service until 1949, then the Women's Royal Army Corps until 1992, when they joined the RAOC (and later the RLC).