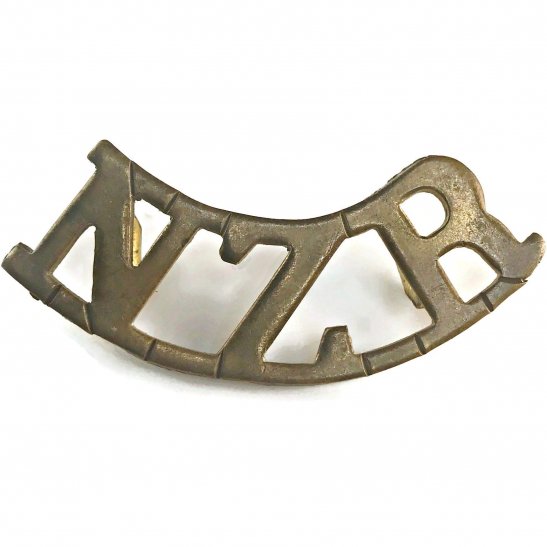 The New Zealand Rifle Brigade (Earl of Liverpool's Own), affectionately known as The Dinks, was formed on 1 May 1915 as the 3rd Brigade of the New Zealand Division, part of the New Zealand Expeditionary Force. During the First World War it fought in Egypt, against the Senussi, and then on the Western Front. It was disbanded on 4 February 1919. When the first World War commenced New Zealand only had sufficient infantry battalions to form a single brigade and this was combined with an Australian brigade to form the New Zealand and Australian Division. New Zealand had also been recruiting reinforcements to fill the ranks of soldiers killed and wounded and after the defeat of the Ottoman Empire Suez Offensive with minimal losses, it became clear that additional units could be formed. The decision was taken to use the three battalions of reinforcements in Egypt, with another inbound, to form the 2nd New Zealand Brigade. The 5th Reinforcements were still in New Zealand and were nominated to form the nucleus of a new infantry unit that was initially designated as the Trentham Infantry Regiment, after the camp where it was formed. Consisting of two battalions and commanded by a British Army officer, Lieutenant Colonel Harry Fulton, it did not become the New Zealand Rifle Brigade until 1 Oct 1915 shortly after a 3rd and 4th Battalion had been added. Two battalions left Wellington on 8 October 1915 eventually arriving in Cairo on 14 November. They were then attached for duties with the Western Frontier Force. They were joined on 13 and 15 March 1916 by the third and fourth battalions. After a period of reorganisation the full brigade left Alexandria on 7 April for France.