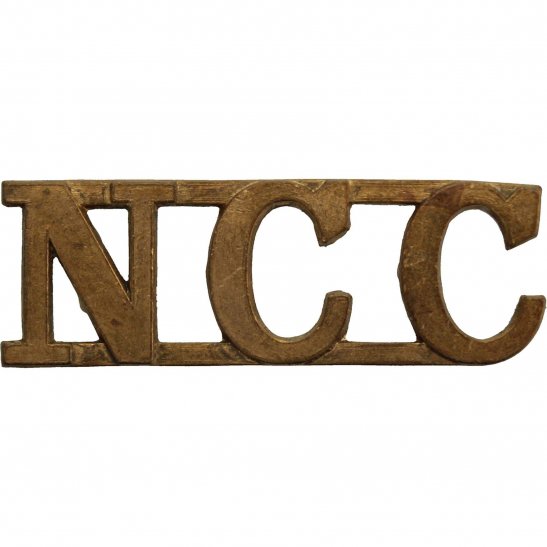 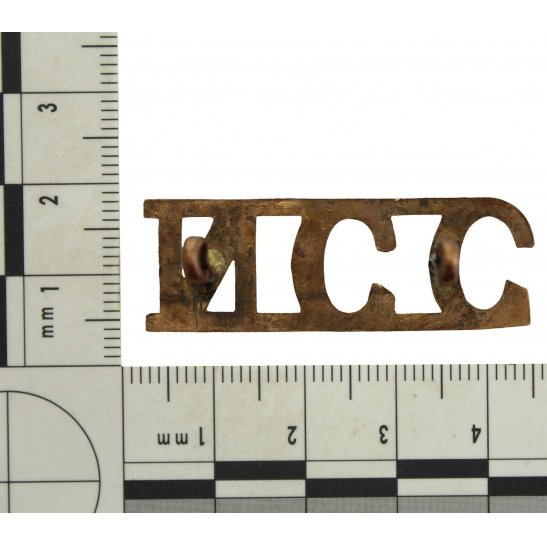 PLEASE NOTE: The 2nd photo shows the back of this cap badge (bottom) and the back of a NCC shoulder title as well which is NOT included in the sale. We have just put them together side-by-side to display the difference in size and design between the shoulder title and cap badge versions of the NCC.

Non-combatant is a term of art in the law of war and international humanitarian law, describing civilians who are not taking a direct part in hostilities; persons such as medical personnel and military chaplains who are members of the armed forces but are protected because of their specific duties (as described in Protocol I of the Geneva Conventions, adopted in June 1977); combatants who are placed hors de combat; and citizens of neutral states who are not fighting for one of the belligerents involved in an armed conflict. Article 42 of Protocol I states that pilots and aircrews who are parachuting from aircraft in distress cannot be attacked regardless of what territory they are over. If pilots and aircrews land in territory controlled by the enemy, they must be given an opportunity to surrender before being attacked unless it is apparent that they are engaging in a hostile act or attempting to escape. Airborne forces who are descending by parachute from an aircraft, whether it is disabled or not, are not given the protection afforded by this Article and, therefore, may be attacked during their descent unless they are hors de combat. Article 50 of Protocol 1 defines a civilian as a person who is not a privileged combatant. Article 51 describes the protection that must be given to civilians (unless they are unprivileged combatants) and civilian populations. Chapter III of Protocol I regulates the targeting of civilian objects. Article 8(2)(b)(i) of the Rome Statute of the International Criminal Court also prohibits attacks directed against civilians.