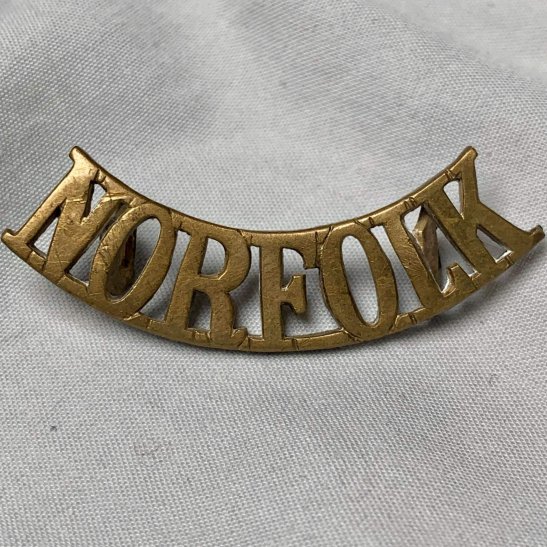 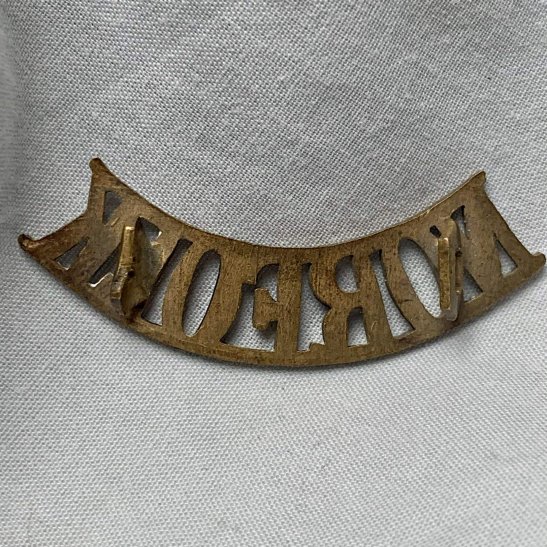 In the Second World War the 1st Battalion of the Royal Norfolks was a regular army battalion and formed part of the initial landings on D-Day. They were part of the 185th Brigade originally assigned to the 79th Armoured Division but later transferred to the 3rd Infantry Division alongside the 2nd Battalion of the Royal Warwickshire Regiment and the 2nd Battalion, King's Shropshire Light Infantry. The battalion landed on Red Queen Beach (on the left flank of Sword Beach) at 07:25. On 6 August 1944 at Sourdeval, Sidney Bates was posthumously awarded the Victoria Cross. By the end of the war in Europe, the 1st Battalion had gained an excellent reputation and was claimed by Field Marshal Bernard Montgomery as 'second to none' of all the battalions in the British 2nd Army. The 7th Battalion of the Royal Norfolks was part of the 176th Infantry Brigade of the 59th (Staffordshire) Infantry Division, one of the follow-up units after D-Day. The division was disbanded in August 1944 due to a lack of infantry reinforcements and its units were used as replacements for other divisions. The dress worn by the Regiment's predecessor units in the late 17th and early 18th centuries included orange and subsequently green facings.