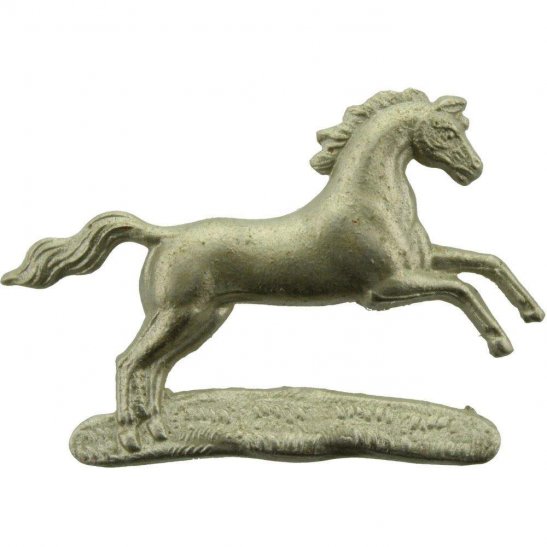 The Northamptonshire Yeomanry was a unit of the British Army, formed in 1794 as volunteer cavalry. It later served in an armoured role before being reduced to squadron level in 1956. It ceased to have a separate existence in 1969. In accordance with the Territorial and Reserve Forces Act 1907 (7 Edw.7, c.9), which brought the Territorial Force into being, the TF was intended to be a home defence force for service during wartime and members could not be compelled to serve outside the country. However, on the outbreak of war on 4 August 1914, many members volunteered for Imperial Service. Therefore, TF units were split in August and September 1914 into 1st Line (liable for overseas service) and 2nd Line (home service for those unable or unwilling to serve overseas) units. Later, a 3rd Line was formed to act as a reserve, providing trained replacements for the 1st and 2nd Line regiments. The 2/1st Northamptonshire Yeomanry was formed in September 1914. In February 1915, the regiment joined the 59th (2nd North Midland) Division. In April 1917, the regiment began to split up, with the RHQ and A Squadron joining the 69th (2nd East Anglian) Division. One Squadron was attached to the 67th (2nd Home Counties) Division in October 1916. During the following winter, the remaining squadron went to France, where it was absorbed into the Tank Corps around August 1917. Of the two squadrons remaining in the United Kingdom, one was absorbed into the 6th Reserve Cavalry Regiment in March 1917, the other was disbanded.

During World War II, 1st Northants Yeo (TA) remained in the United Kingdom and from 1941 - 1942 were part of the Coats Mission, the plan to evacuate the Royal Family in the event of a German invasion. In 1944, now as a part of the 33rd Armoured Brigade, they participated in the Normandy Landings on D Day, 6 June. The brigade's three regiments, which included the East Riding of Yorkshire Yeomanry and the 144 Regiment RAC, landed on Gold Beach in Normandy. Their role was to support any infantry who were in need of armour support, therefore the Brigade rarely fought as one entity. One of the occasions when the Brigade did undertake an operation on its own was at Le Mesnil-Patry, Rots on 11 June 1944. Further battles they were involved in were around Caen, including Operation Charnwood 7 July, the battle to capture Caen. On 16 July 1944, it was involved in Operation Pomegranate, where it come under the command of the 59th (Staffordshire) Infantry Division. On 8 August 1944, it was involved in Operation Totalize, a planned breakout from the Caen Salient. It was during Operation Totalize that Joe Ekins, a Sherman Tank gunner of the Northamptonshire Yeomanry, gained recognition for killing the renowned German tank commander, Michael Wittmann, the 4th top scoring tank ace in history, near St. Aignan de Cramesnil, France. The regiment was briefly attached to the 51st (Highland) Division for the actions around the Battle of the Bulge. The Regiment was reformed and re-equipped with LVT 4 Buffalo amphibious armoured fighting vehicles, for the Rhine crossing and was placed under the command of the 79th Armoured Division.