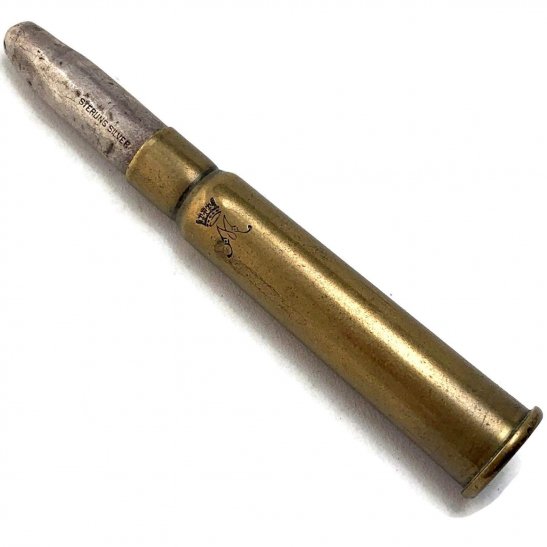 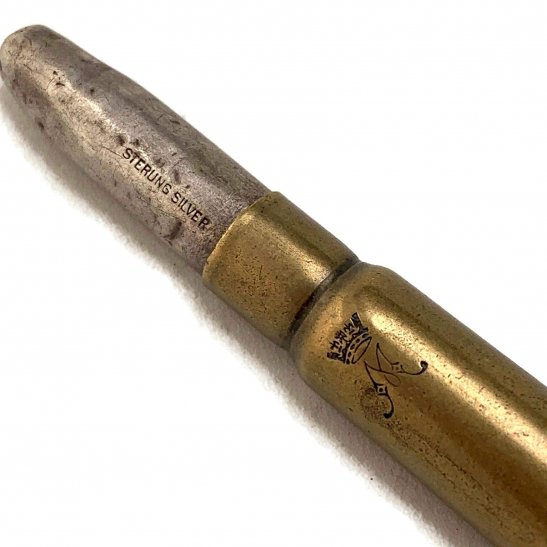 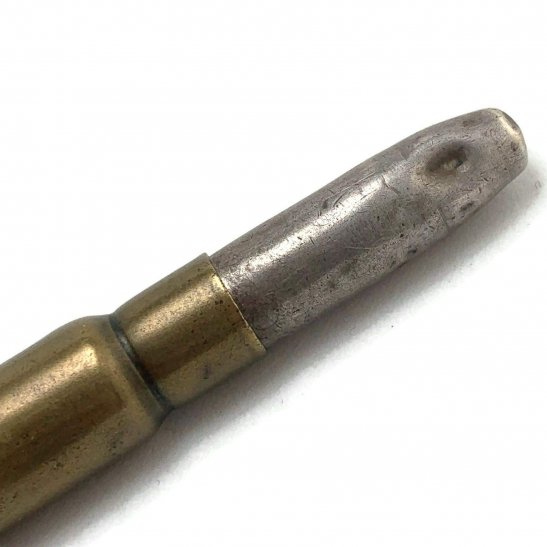 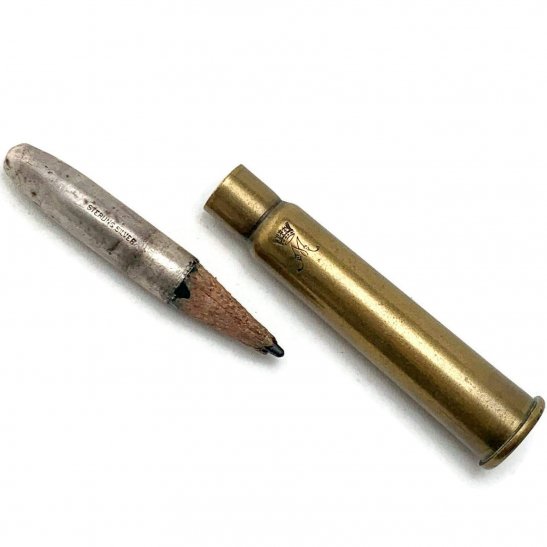 THE PENCIL ITSELF HAS BEEN WELL USED AND IS DOWN TO THE NUB, THERE IS ALSO A DENT IN THE SILVER LID.