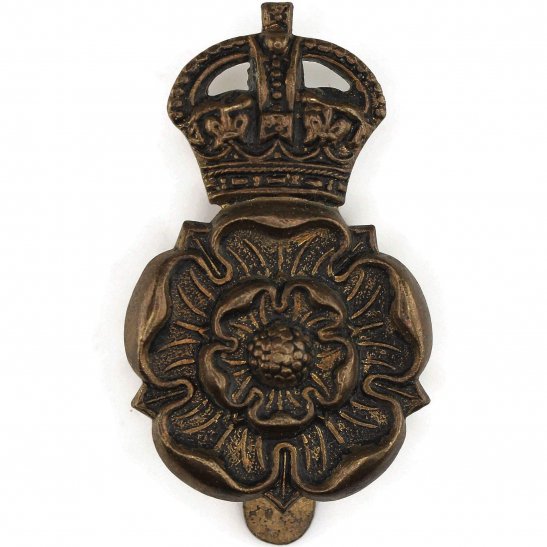 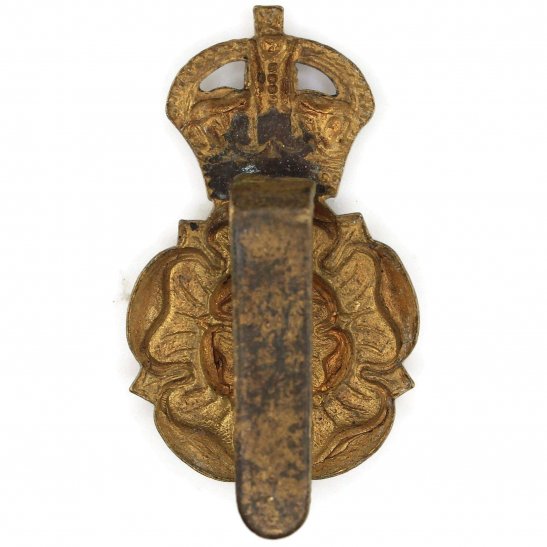 The Queen's Own Yorkshire Dragoons was a yeomanry regiment of the British Army in existence from 1794 to 1956. The 1/1st Yorkshire Dragoons deployed to France in July 1915, as Divisional Cavalry. In May 1916 the Regiment reassembled and became Corps Cavalry to II Corps with whom they remained until November 1917, when they were transferred to the Cavalry Corps. Up to this time their only chance of mounted action had been during the German retreat to the Hindenburg Line in April 1917. They were present at the battles of the Somme (1916), the Ancre, the Somme (1917) and Ypres (1917). Although in these battles there was no mounted fighting,they were often called upon to support infantry attacks with their Hotchkiss machine guns. In December 1917, the Yorkshire Dragoons were posted to the 8th (Lucknow) Cavalry Brigade, 4th Cavalry Division, where they relieved the King's Dragoon Guards and took part in the Battle of Cambrai in 1917. As such, it was one of only six yeomanry regiments to be posted to a regular cavalry division in the war.[a] The Yorkshire Dragoons were dismounted in February 1918, and returned to II Corps as Corps Cyclists. From September to November 1918, the Regiment fought with the 9th Division in the offensive east of Ypres.

In action on 15 and 20 October they captured over 100 prisoners with 7 field guns, 5 heavy guns, many machine guns and much transport. Hostilities came to an end on 11 November 1918 and they were selected for the army of occupation and acted as advance guard to the 9th and 29th Divisions during the advance into Germany. The Regiment was stationed in the Cologne area until demobilization in July 1919, when Lord Scarborough received a letter of appreciation from the Corps Commander. "They have earned the gratitude of their country and county, in the way they have worked and fought all through the war, and have made a name for themselves which will never be forgotten" During the Second World War, the Queen's Own Yorkshire Dragoons were attached to the 5th Cavalry Brigade, 1st Cavalry Division, when it became necessary to occupy Syria and the Lebanon to prevent their use by the Axis Powers, the Dragoons were stationed on the Syrian frontier. El Alamein started on 23 October, by daylight on 24th the attack was partially successful but the final minefield was unbreached. The regiment suffered considerable casualties in the congested minefield areas prior to the breaking of the line on 2 November, when 1st Armoured Division started the pursuit it led as far as Timimi. The regiment remained in North Africa for a further eight months, during which time they converted to lorried infantry, becoming the 9th (Yorkshire Dragoons) Battalion, King's Own Yorkshire Light Infantry, as part of 18th (Lorried) Infantry Brigade.