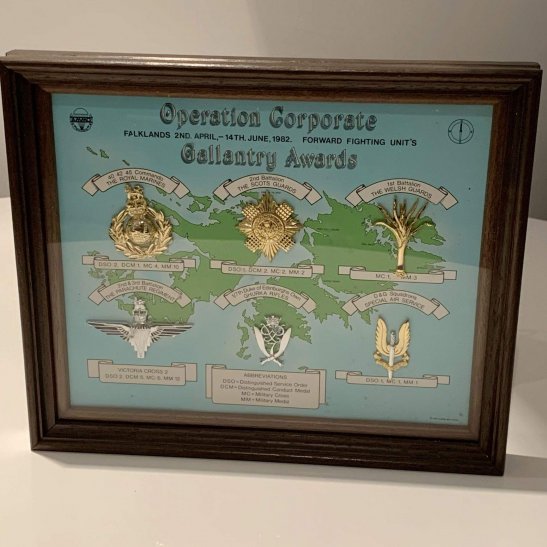 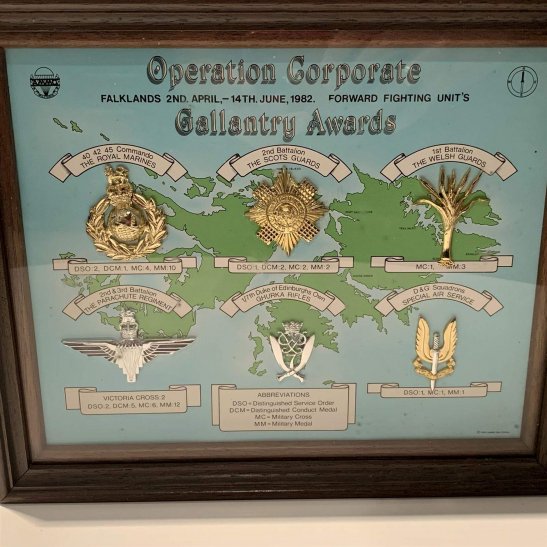 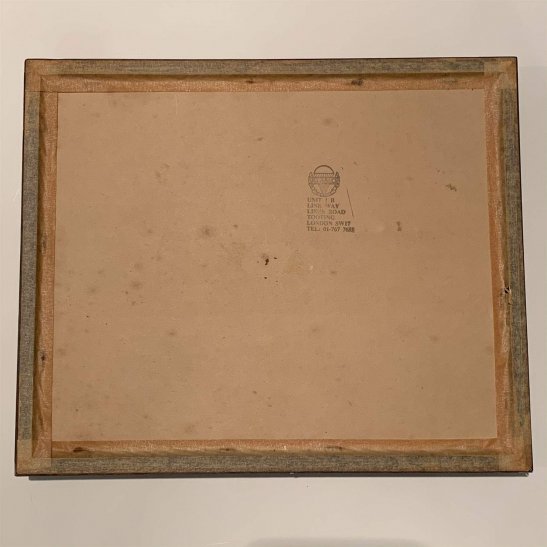 This is an original British Falklands War display of 6 period anodised aluminium staybrite cap badges, representing the 6 main regiments and battalions involved in the re-capture of the Falklands. The cap badges are original to the period, as is the display itself, which probably hung in a veterans club or bar, or maybe a serviceman's home. VERY RARE, lovely display which also shows a map of the islands and lists the gallantary medals awarded to each regiment. We haven't taken off the back, but we think all the badges this have their fixings still attached. The cap badges are: Royal Marines Commandos, the Scots Guards, the Welsh Guards, the Parachute Regiment, 7th Gurkha Rifles and the Special Air Service SAS. MEASURES about 10.5 inches x 9 inches.