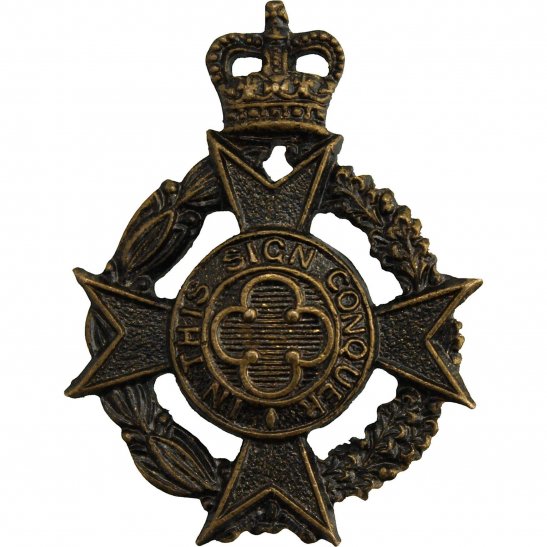 In 1996, they moved to the joint service Armed Forces Chaplaincy Centre at Amport House near Andover. There are about 150 serving regular chaplains (commonly known as "padres") in the British Army; these can belong to one of several Christian churches, or to the Jewish faith, although currently all active chaplains are Christian. Uniquely within the British Army, the Royal Army Chaplains' Department has different cap badges for its Christian and Jewish officers. Army chaplains, although they are all commissioned officers of the British Army and wear uniform, do not have executive authority. They are unique within the British Army in that they do not carry arms. At services on formal occasions, chaplains wear their medals and decorations on their clerical robes (many chaplains have been decorated for bravery in action, including three Victoria Crosses: James Adams, Noel Mellish and William Addison). The RAChD's motto is "In this Sign Conquer" as seen in the sky before the Battle of the Milvian Bridge by the Roman Emperor Constantine. Its regimental march, both quick and slow, is the Prince of Denmark's March, erroneously known as the Trumpet Voluntary.