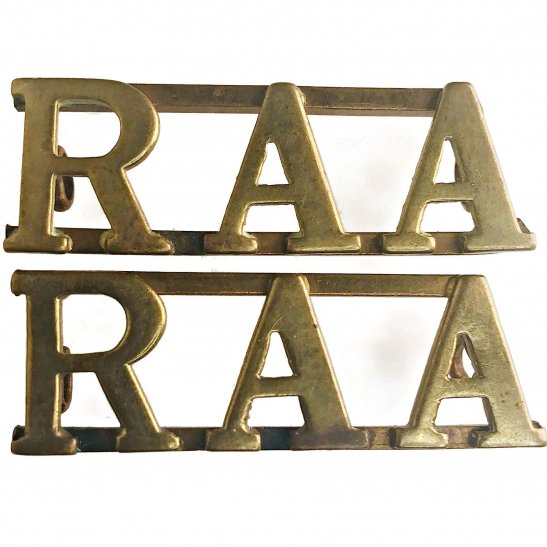 The Royal Regiment of Australian Artillery, normally referred to as the Royal Australian Artillery (RAA), is a corps of the Australian Army descended from the original colonial artillery units prior to Australia's federation. Australia's first guns were landed from HMS Sirius and a small earthen redoubt built, near the present day Macquarie Place, to command the approaches to Sydney Cove. The deployment of these guns represents the origins of artillery in Australia. These and subsequent defences, as well as field guns, were operated by marines and the soldiers of infantry regiments stationed in Australia. The first Royal Artillery unit arrived in Australia in 1856 and began a succession of gunner units which ended with the withdrawal of the imperial forces in 1870 resulting in the raising of 'A' Field Battery, NSW Artillery in 1871. The First World War saw the raising of 60 field, 20 howitzer and two siege batteries along with the heavy and medium trench mortar batteries. Until 19 September 1962 the Australian Artillery was referred to as the 'Royal Australian Artillery', however on this date HM Queen Elizabeth II granted the RAA the title of the 'Royal Regiment of Australian Artillery'. The Regiment today consists of Regular and Reserve units.