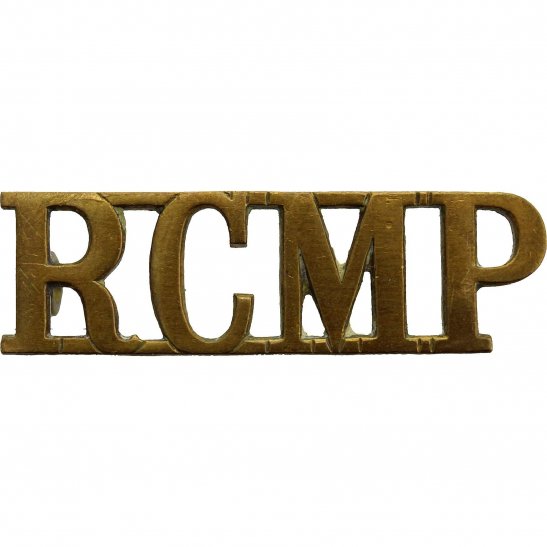 Prime Minister Sir John A. Macdonald first began planning a permanent force to patrol the North-West Territories after the Dominion of Canada purchased the territory from the Hudson's Bay Company. Reports from Army officers surveying the territory led to the recommendation that a mounted force of between 100 to 150 mounted riflemen could maintain law and order. The Prime Minister first announced the force as the North West Mounted Rifles. However, officials in the United States raised concerns that an armed force along the border was a prelude to a military build up. Macdonald then renamed the force the North-West Mounted Police (NWMP) when formed in 1873. The force added "Royal" to its name in 1904. It was merged with the Dominion Police, the main police force for all points east of Manitoba, in 1920 and was renamed as the "Royal Canadian Mounted Police". The new organization was charged with federal law enforcement in all the provinces and territories, and immediately set about establishing its modern role as protector of Canadian national security, as well as assuming responsibility for national counterintelligence. As part of its national security and intelligence functions, the RCMP was responsible for infiltrating any ethnic or political groups that were considered to be dangerous to Canada's existing order. This included the Communist Party of Canada, but also a variety of minority cultural and nationalist groups.

The force was also deeply involved in immigration matters, and especially deportations of suspected radicals. They were especially concerned with Ukrainian groups, both nationalist and socialist. The Chinese community was also targeted because of a perceived link to opium dens. Historians estimate that fully two per cent of the Chinese community was deported between 1923 and 1932, largely under the provisions of the Opium and Narcotics Drugs Act (ONDA). Besides the RCMP's new responsibilities in intelligence, drugs enforcement, and immigration, the force also provided assistance to numerous other federal agencies, such as enforcing the residential school system for Aboriginal children. In 1935, the RCMP, collaborating with the Regina Police Service, crushed the On-to-Ottawa Trek by sparking the Regina Riot, in which one city police officer and one protester were killed. The Trek, which had been organized to call attention to the abysmal conditions in relief camps, therefore failed to reach Ottawa, but nevertheless had profound political reverberations. The RCMP employed special constables to assist with strikebreaking in the interwar period. For a brief period in the late 1930s, a volunteer militia group, the Legion of Frontiersmen were affiliated with the RCMP. Many members of the RCMP belonged to this organization, which was prepared to serve as an auxiliary force. In later years, special constables performed duties such as policing airports and, in certain Canadian provinces, the court houses. In 1932, men and vessels of the Preventive Service, National Revenue, were absorbed, creating the RCMP Marine Section. The acquisition of the RCMP schooner St. Roch facilitated the first effective patrol of Canada's Arctic territory. It was the first vessel to navigate the Northwest Passage from west to east (1940-42), the first to navigate the Passage in one season (from Halifax to Vancouver in 1944), the first to sail either way through the Passage in one season, and the first to circumnavigate North America (1950). Counterintelligence work was moved from the RCMP's Criminal Investigation Department to a specialized intelligence branch, the RCMP Security Service, in 1939.

On April 1, 1949, Newfoundland joined in full confederation with Canada and the Newfoundland Ranger Force amalgamated with the RCMP. Following the 1945 defection of Soviet cipher clerk, Igor Gouzenko, and his revelations of espionage, the RCMP Security Service implemented measures to screen out "subversive" elements from the public sector. Queen Elizabeth II approved in Regina, Saskatchewan on July 4, 1973, a new badge for the RCMP, in recognition of which the force presented the sovereign with a tapestry rendering of the new design. In the late 1970s, revelations surfaced that the RCMP Security Service force had in the course of their intelligence duties engaged in crimes such as burning a barn and stealing documents from the separatist Parti Quebecois, and other abuses. This led to the Royal Commission of Inquiry into Certain Activities of the RCMP, better known as the "McDonald Commission," named for the presiding judge, Mr Justice David Cargill McDonald. The Commission recommended that the force's intelligences duties be removed in favour of the creation of a separate intelligence agency, the Canadian Security Intelligence Service (CSIS).