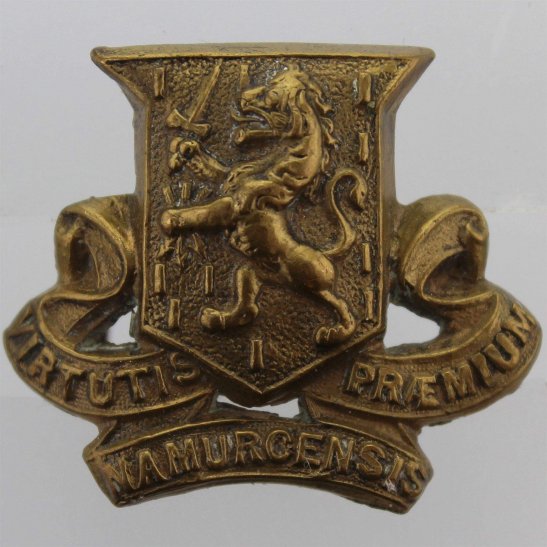 The Royal Irish Regiment, until 1881 the 18th Regiment of Foot, was an infantry regiment of the line in the British Army, first raised in 1684. Also known as the 18th (Royal Irish) Regiment of Foot and the 18th (The Royal Irish) Regiment of Foot, it was one of eight Irish regiments raised largely in Ireland, its home depot in Clonmel. It saw service for two and a half centuries before being disbanded with the Partition of Ireland following establishment of the independent Irish Free State in 1922 when the five regiments that had their traditional recruiting grounds in the counties of the new state were disbanded. In the First World War, 7 further battalions were raised 5th (Service) Battalion [1914-1919]; three including a mounted unit, the 7th (South Irish Horse) Battalion, for the front and three Garrison Battalions. The Fifth (Service) Battalion and the regular army First Bn and were part of the 10th (Irish) Division. The 6th (Service) Battalion, volunteers following Kitcheners New Army appeal, was part of the 16th (Irish) Division. The regiment was one of the six disbanded under the terms of the Anglo-Irish Treaty after the establishment of the Irish Free State in 1922. The Royal Irish Regiment, made up in the vast majority of local Dubliners and were the first British army troops to attack the Irish rebels during the 1916 Easter Rising who were fighting to end British rule in Ireland and to establish the Irish Republic in Dublin. Eight of the Royal Irish Regiment were killed and sixteen more wounded. Some of these are buried in Grangegorman Military Cemetery. A Royal Irish Regiment officer reported that "they regarded, not unreasonably, everyone they saw as an enemy, and fired at anything that moved".