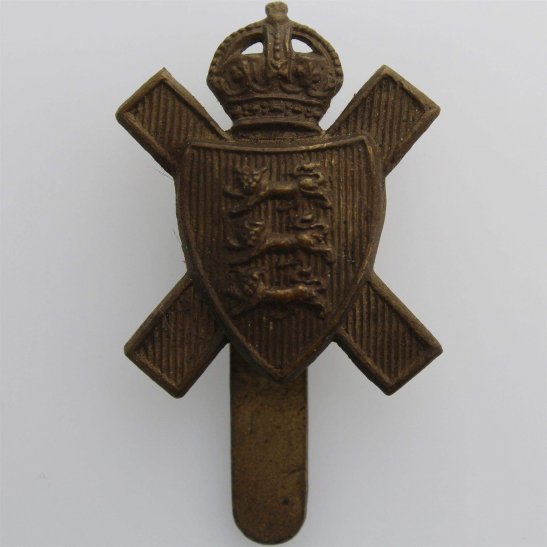 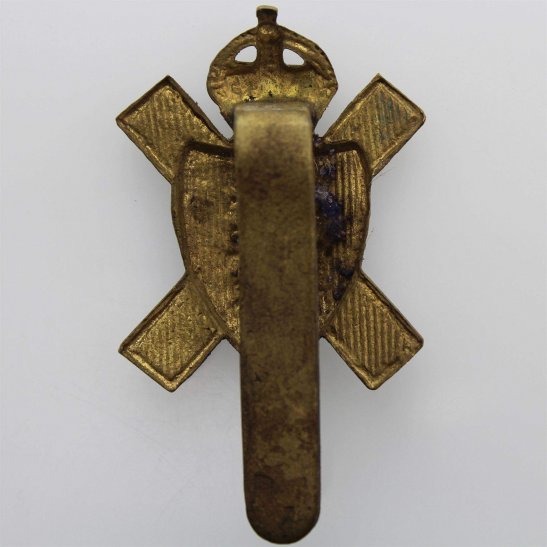 Formed in 1337, the Royal Militia of the Island of Jersey can claim to be the oldest regiment of the British Army, although, because it is a Militia regiment, and was disbanded for some years in the late 20th Century, it is not the most senior. In 1545, the Jersey Militia consisted of 12 parochial bands which, in 1622, were organized into three regiments, the North, West and East. It was reorganized and uniformed in scarlet by the Governor of Jersey, Sir Thomas Morgan, in 1678, and in 1685 a Troop of Horse was raised (which later became Dragoons). Around 1730, it was divided into five regiments, based on the Parishes of the island, the 4th Regiment (that of the parishes of Saint Lawrence and Saint Helier) consisting of two battalions. Compulsory military service was introduced in 1771 and the militia was increased to a Regiment of Cavalry, a Regiment of Artillery and five Regiments of Infantry. On 1 May 1779, a Franco-Dutch force attempted a landing at St Ouen's Bay. Early that morning lookouts sighted five large vessels and a great number of boats some three leagues off the coast, proceeding towards the coast in order by a coup de main to effect a landing. Guns on the cutters and small craft supporting the landing fired grapeshot at the defenders on the coast. The defenders, the 78th Regiment of Foot and the Jersey Militia, together with some field artillery that they dragged through the sand of the beaches, had by fast marching arrived in time to oppose the landing. The defenders were able to prevent the landing, suffering only a few men wounded when a cannon burst. The Militia fought alongside Regiments of the regular British Army at the Battle of Jersey in 1781, when together they defeated an attempted French invasion (intended to remove the threat the island posed to American shipping in the American Revolutionary War).

In 1831, the Militia was designated the Royal Jersey Militia on the 50th anniversary of this battle. The regiments were re-organized on several occasions between 1870, when the Troop of Dragoons was disbanded, and the outbreak of the Great War. In 1915, one company was detached to the 7th (Service) Battalion, the Royal Irish Rifles. In 1917, the 7th Battalion was disbanded, and personnel transferred to 2nd Battalion, The Hampshire Regiment. Other members of the Regiment served as guards at a Prisoner of War Camp located at St Brolade. The Militia was reconstituted in 1921 as one infantry battalion, the Royal Militia of the Island of Jersey. In World War II, it served as the 11th (Royal Militia Island of Jersey) Battalion, The Hampshire Regiment, which was disbanded in 1946. Because the National Service Act did not apply in the Channel Islands, the Royal Militia of the Island of Jersey went into suspended animation (sc. it existed on paper, but had no personnel) until it was formally disbanded, along with the other British Militia regiments, in 1953. In 1987, it was re-formed as a Territorial Army regiment, the Jersey Field Squadron (The Royal Militia Island of Jersey), 111th Regiment, Royal Engineers, later 73rd Regiment, Royal Engineers. In 2007, it came under the operational control of the Royal Monmouthshire Royal Engineers.