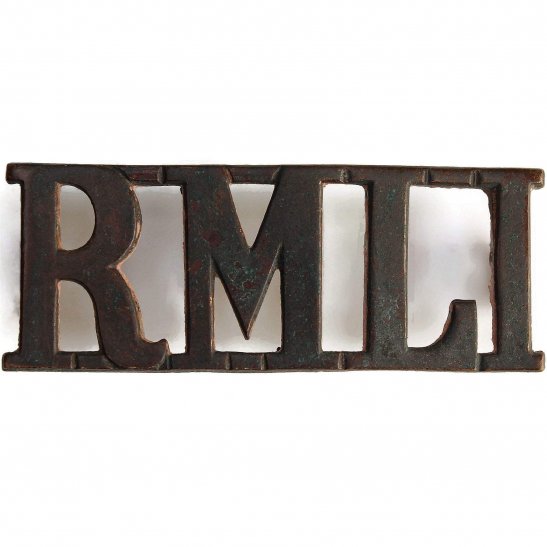 The Corps of Royal Marines, the infantry land fighting element of the United Kingdom's Royal Navy, was formed as part of the Naval Service in 1755. However, it can trace its origins back as far as 1664, when English soldiers first went to sea to fight the Dutch. Early in their history, Marines were responsible for leading and repelling boarding attacks on the lower deck, while harassing the enemy from the upper decks with effective musket fire. The Royal Marines played a prominent role in the Boxer Rebellion in China (1900), where a Royal Marine earned a further Corps Victoria Cross. For the first part of the 20th century, the Royal Marines' role was the traditional one of providing shipboard infantry for security, boarding parties and small-scale landings. The Marines' other traditional position on a Royal Navy ship was manning 'X' and 'Y' (the aftermost) gun turrets on a battleship or cruiser. During both World War I and World War II Royal Marine detachments were limited to Cruisers and above and until the latter part of the 20th century Royal Marine Bands were also carried on those ships. In times of war the Bandsmen traditionally operated the ship's comprehensive fire-control system, situated for stability and safety at the lowest deck of the ship. Consequently, when ships were sunk, almost inevitably the entire ship's band was lost.

During World War I, in addition to their usual stations aboard ship, Royal Marines were part of the Royal Naval Division that landed in Belgium in 1914 to help defend Antwerp and later took part in the amphibious landing at Gallipoli in 1915. It also served on the Western Front in the trenches. The Division's first two commanders were Royal Marine Artillery Generals. Other Royal Marines acted as landing parties in the Naval campaign against the Turkish fortifications in the Dardanelles before the Gallipoli landings. They were sent ashore to assess damage to Turkish fortifications after bombardment by British and French ships and, if necessary, to complete their destruction. The Royal Marines were the last troops to leave Gallipoli, replacing both British and French troops in a neatly planned and executed withdrawal from the beaches. It even required some Marines to wear French uniforms as part of the deception. In 1918, Royal Marines led the Zeebrugge Raid. Five Royal Marines earned the Victoria Cross in the First World War, two at Zeebrugge, one at Gallipoli, one at the Battle of Jutland and one on the Western Front. After the war Royal Marines took part in the allied intervention in Russia. In 1919, the 6th Battalion RMLI rose in mutiny and was disbanded at Murmansk.