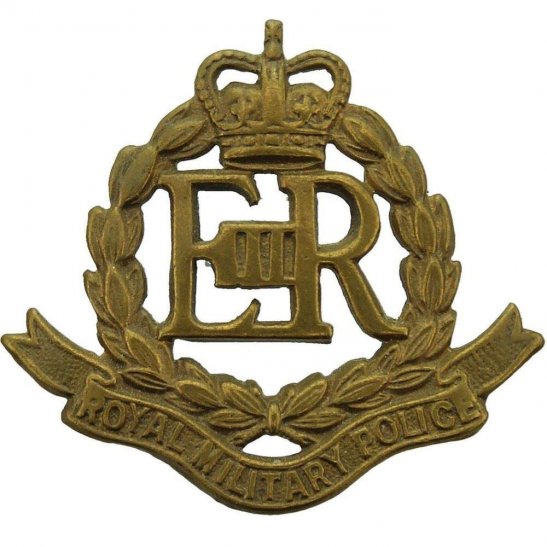 From this small beginning the Branch expanded into numerous Sections which were deployed both in the U.K. and overseas, providing the Corps with its own criminal investigation Department to conduct more detailed and protracted investigations into organised crime and serious offences such as murder. Provost Wing - Responsible for general policing. Provost Companies were included in the order of battle of Home Commands, Armoured, Infantry and Airborne Divisions, as well as at Army and Corps level and with independent Brigades. From 1942, "Ports Provost" Companies were raised, consisting of a mix of Provost and Vulnerable Points Sections, which were deployed on security and policing duties within ports and docks. Vulnerable Points Wing - Formed in 1941 to provide security of static locations and establishments. They were known as "blue caps" from the oxford blue cloth covers worn on their service dress caps.

Originally intended to act as static Companies and detachments, VP Coys were later deployed in North West Europe, guarding prisoner of war camps and other static installations. The VP Wing was quickly phased out at the end of the war, but re-appeared briefly in the Supplementary Reserve/Army Emergency Reserve between 1950 and 1961. Traffic Control Wing - Formed in 1941, TC Coys were deployed throughout the United Kingdom, releasing Provost Companies from the tasks of traffic control. TC Coys wer later deployed in the Middle East, Italy and North-West Europe. The Wing was phased out of the Corps by 1946.(Many sources over the years continue to erroneously state that personnel of the Traffic Control Wing wore white cloth cap covers. This is not the case. CMP (TC) personnel did not wear cap covers when on duty, unless they had undergone a basic course in police duties, in which case they were authorised to wear red top covers as per the Provost Wing). Field Security Wing - First formed in 1937, personnel of the F.S.W. wore lincoln green cap covers and brass shoulder titles on their tunics with the letters "FSP", to distinguish them from the rest of the Corps. They wore the standard CMP cap badge, but unofficially ground down the wording "MILITARY POLICE" from the lower scroll of the badge. In July 1940 the Wing was absorbed into the new Intelligence Corps. In November 1946 King George VI granted the 'Royal' prefix to the Corps of Military Police in recognition of its outstanding record in two world wars and the Corps became known as The Corps of Royal Military Police, though abbreviated to Royal Military Police (RMP). From 1969 the Corps made an important contribution during The Troubles in Northern Ireland.