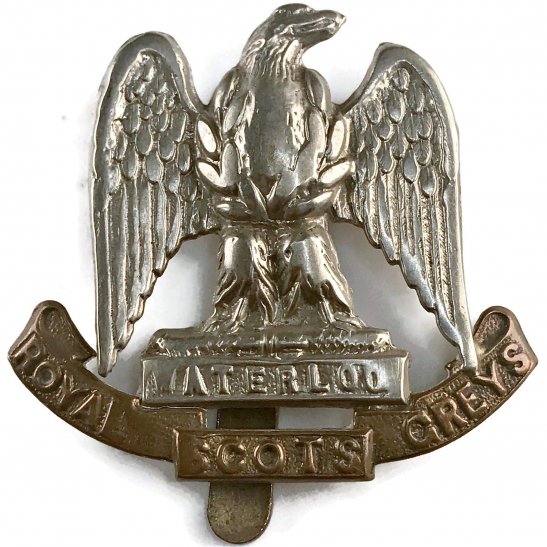 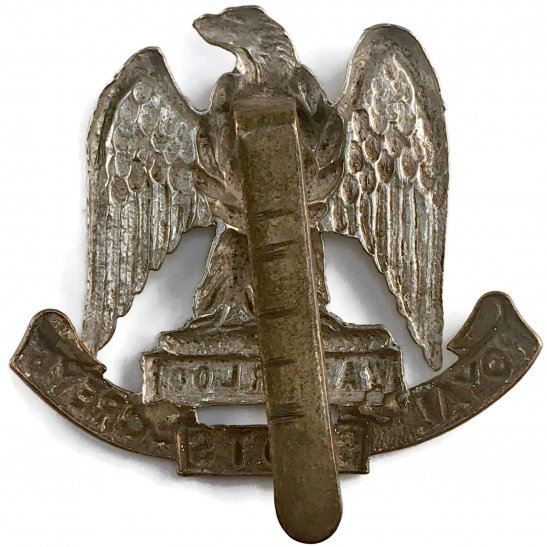 The Scots Greys rotated back into the trenches in 1915. Due to the shortage of infantry, the regiment continued to fill the gaps in the line, fighting in a dismounted role. The regiment remained on line for all but seven days of the Second Battle of Ypres. The losses in that battle would force the Scots Greys into reserve for the rest of the year.

With the arrival of the Kitchener Armies, the Scots Greys were concentrated again in preparation of the forthcoming summer offensive. The 2nd Cavalry Division became the reserve for General Plumer’s Second Army. Mounted, the Scots Greys were held in readiness to exploit a breakthrough that never came during the Battle of the Somme. As the war continued, it became apparent that more mobile firepower was needed at all levels of the British Army. Accordingly, the Scots Greys were expanded to include a machine gun squadron.

During World War II,The regiment spent the first half of the year refitting and training in preparation for the invasion of Europe. On 7 June 1944, the first three tanks of the regiment landed on Juno Beach. As part of the Battle of Caen, the Scots Greys took part in the fighting for Hill 112. During the fighting for Hill 112, the Scots Greys came to realize disparity between the Sherman II’s and the latest German armour, including the new Panthers. In one incident, a 75mm equipped Sherman of the Scots Greys hit a Panther at 800 yards four times. All four rounds impacted harmlessly on the Panther’s frontal armour.

In mid September, the Scots Greys took part in the Operation Market-Garden, in particular the fighting around Eindhoven where the 101st Airborne landed to capture the bridges. The Scots Greys would operate in the Low Countries for the rest of the year. The regiment saw action in the operations to clear helping to capture of Nijmegen Island, and the area west of the Maas. The regiment also helped to capture the Wilhelmina Canal and clear German resistance along the Lower Rhine in order to secure the allied flank for the eventual drive into Germany.

After nearly six months of fighting in the low countries, the Scots Greys entered Germany as part of Montgomery’s Operation Plunder offensive. On 26 February, the Scots Greys crossed into Germany. Little more than a month later, the regiment was involved in the capture of Bremen.