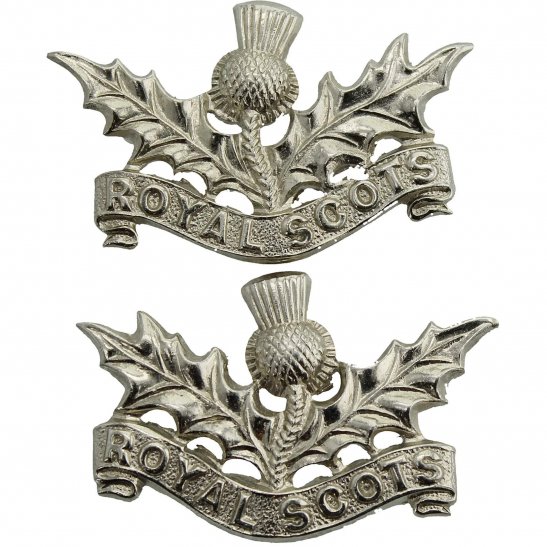 The Royal Scots (The Royal Regiment), once known as the Royal Regiment of Foot, was the oldest, and therefore most senior, infantry regiment of the line in the British Army, having been raised in 1633 during the reign of Charles I of Scotland. The regiment existed until 2006. At the outbreak of the First World War, the 1st was in India, and returned to the UK in November; the 2nd was immediately deployed with the British Expeditionary Force, arriving in France on 14 August and seeing action on the afternoon of the 23rd. The Special Reserve had been mobilised, with the 3rd Battalion activated at Weymouth, and all seven battalions of the Territorial Force had mobilised and raised an additional second-line battalion by the end of 1914. A further seven battalions of the New Army were formed in 1914, including two Pals battalions. By the end of 1914, the regiment stood at a strength of 24 battalions; another six Territorial battalions and three New Army battalions (one of bantams) were formed in 1915. In 1916, one service and one reserve battalion were formed by merging depleted Territorial battalions, and in 1917 a labour battalion was formed. In total, the Royal Scots raised some thirty-five battalions of infantry and over 100,000 men during the course of the First World War, of which fifteen battalions saw active service. 11,000 soldiers serving in the regiment were killed, and over 40,000 wounded. Among other decorations and honours, the regiment won six Victoria Crosses. At the outbreak of the Second World War, the 1st Battalion was at Aldershot as part of 4th Infantry Brigade, 2nd Division; accordingly, it deployed to France with the British Expeditionary Force. It moved to Lecelles in September, and in May 1940 moved into Belgium during the Battle of France. The British forces were heavily hit by the German breakthrough, however, and fell back towards the coast; the battalion was deployed at Le Paradis, near B�thune, on 25 May to protect the flanks of the Dunkirk evacuation. After being heavily hit by armoured attacks, the battalion ceased fighting on the afternoon of 27 May. The two Territorial units, the 7/9th and 8th Battalions, mobilised in Scotland in September; the 7/9th was briefly deployed to France before the collapse of the French government, but was quickly withdrawn. A fifth battalion, the 12th, was formed in 1940.