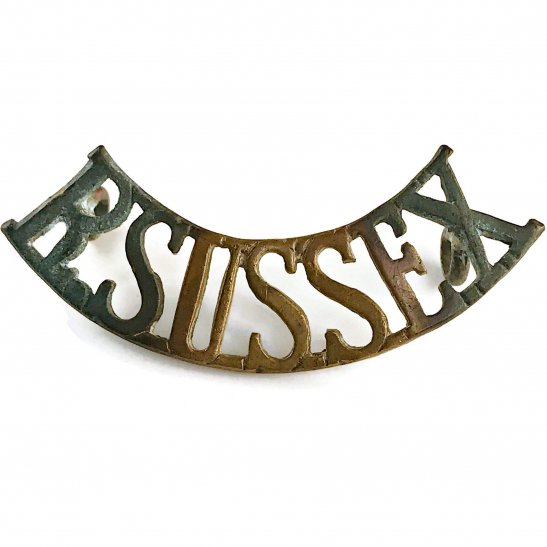 The Royal Sussex Regiment was an infantry regiment of the British Army from 1881 to 1966. The regiment raised 23 battalions for the war all of which saw action. The regiment had a battalion in every theatre including in Russia in 1919. The regiment lost 6,800 men during the war and four Victoria Crosses were awarded to men from the regiment. After the war St Georges Chapel, in Chichester Cathedral, was restored and furnished as a memorial to the fallen of the Royal Sussex Regiment. It now has all their names recorded on the panels that are attached to the chapel walls. The 2nd Battalion crossed the channel with the British Expeditionary Force in 1914 and fought through the war on the Western Front. It was during the first Battle of Ypres that the 2nd Battalion was given the unofficial title "The Iron Regiment" as an unsolicited testimonial by German prisoners captured on 1 November 1914. The battalion subsequently fought alongside the 5th (Cinque Ports) Battalion during the Battle of Aubers Ridge on 9 May 1915. Later that year, on 25 September, during the Battle of Loos Sgt Harry Wells won a posthumous VC, when the battalion took part in the attack in the vicinity of the Lone Tree in front of Hulluch. The battalion moved to the Somme in 1916 where it was involved in actions including High Wood, moving back to the Ypres Sector in 1917. The battalion lost 1,723 officers and men killed by 1918.