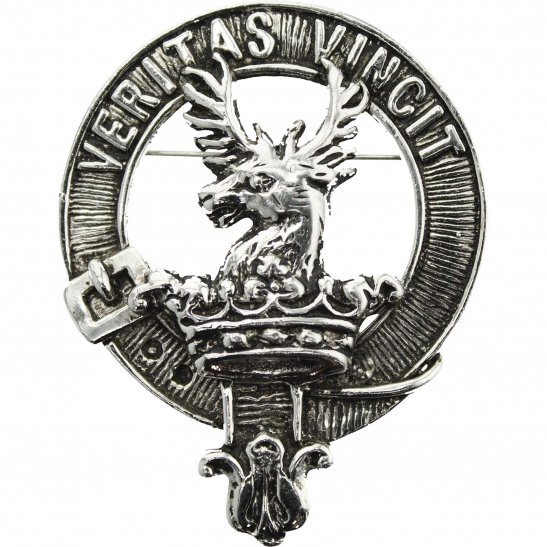 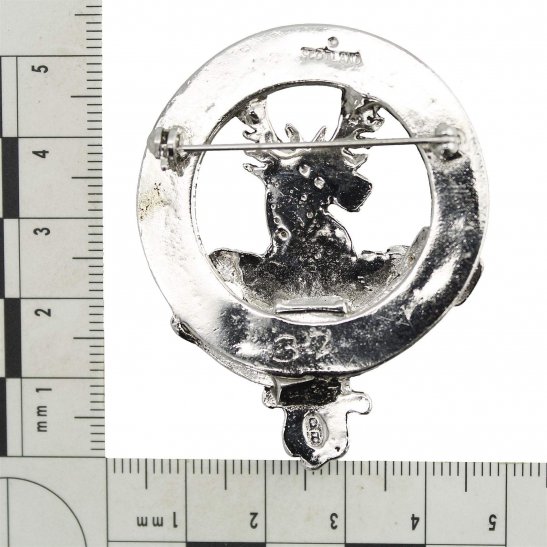 This is an original Scottish Clan Badge for sale. In good condition. Please see our other items for more original WW1, WW2 & post war British military cap badges for sale including other Scottish clan badges.

A clan badge, sometimes called a plant badge, is a badge or emblem, usually a sprig of a specific plant, that is used to identify a member of a particular Scottish clan. They are usually worn in a bonnet behind the Scottish crest badge, or attached at the shoulder of a lady's tartan sash. According to popular lore clan badges were used by Scottish clans as a means of identification in battle. An authentic example of plants being used in this way (though not by a clan) were the sprigs of oats used by troops under the command of Montrose during the sack of Aberdeen. Similar items are known to have been used by military forces in Scotland, like paper, or the "White Cockade" (a bunch of white ribbon) of the Jacobites.