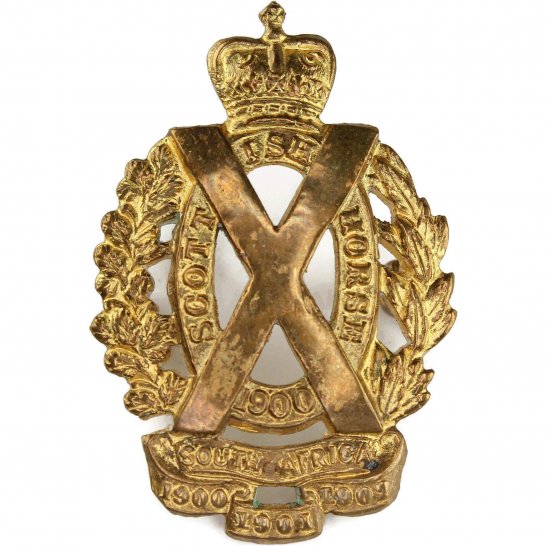 he 3rd Regiment was formed into the 26th Squadron, the Machine Gun Corps and continued to serve in Egypt before being re-titled as a company and posted to the Lovat's Scouts Battalion of the Cameron Highlanders. The 13th (Scottish Horse Yeomanry) Battalion of The Black Watch were sent to fight in Salonika as part of the 81st Brigade in 27th Division. It was during this time that the water colour titled "Sport In War" was painted showing the Officers of the 13th Regiment hunting in Macedonia just after returning from a raid on Hungarian Lines. With victory looming on the Macedonia front the Regiment was transferred to 149th Brigade, 50th Division in the Western Front in June 1918. They remained on this front until the end of the war. In July 1916, the regiments were converted to cyclists (and the brigade became 12th, later 8th, Cyclist Brigade) still in Lincolnshire. At the end of 1917, they moved to Fife with the regiments at Ladybank (2/1st), St Andrews (2/2nd) and Cupar (2/3rd).