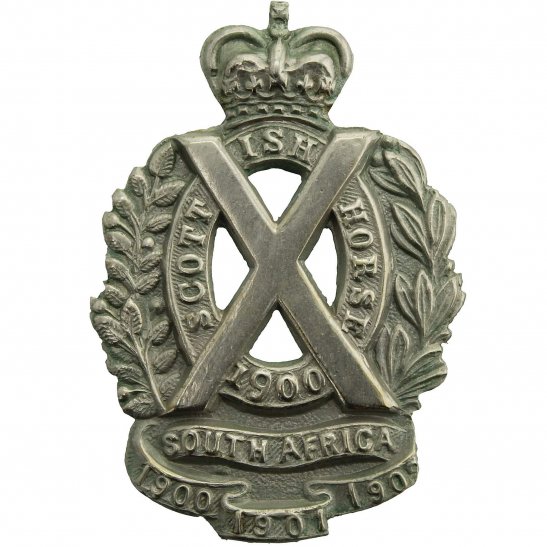 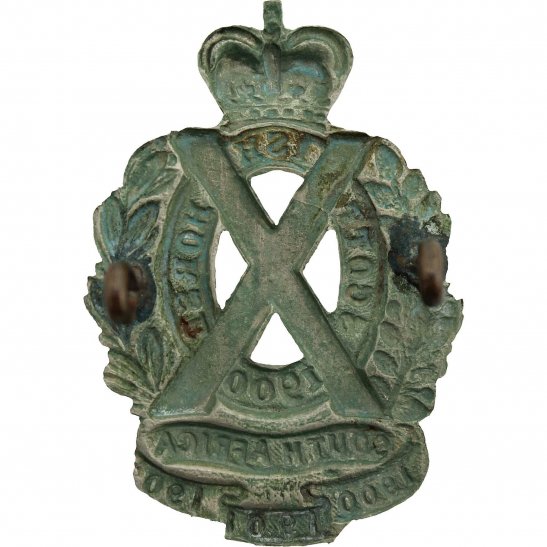 The Scottish Horse was a Yeomanry regiment of the British Territorial Army from 1902 to 1956 when it was amalgamated with The Fife and Forfar Yeomanry. The 1st and 2nd Scottish Horse were expanded with the creation of the 3rd Regiment in August 1914 and the Scottish Horse Mounted Brigade was then formed with these three Regiments in September 1914. By January 1915, the Scottish Horse Mounted Brigade was attached to the 50th Division on coastal defence duties in the UK. 1st Regiment Scottish Horse constructing a redoubt at Duadar, Summer 1916. By August 1915 the regiments were ready for foreign service and took part in dismounted landings at Suvla Bay, Gallipoli on 2 September 1915, attached to 2nd Mounted Division. December 1915 saw the 1st, 2nd and 3rd Regiments evacuated from Gallipoli and moved to Egypt. Due to heavy casualties the Scottish Horse Brigade was absorbed into 1st Dismounted Brigade on Suez Canal defences in February 1916. On 29 September 1916 the 1st and 2nd Regiments formed an infantry battalion. Just over two weeks later, on 15 October 1916, it became known as 13th (Scottish Horse Yeomanry) Battalion, the Black Watch. The 3rd Regiment was formed into the 26th Squadron, the Machine Gun Corps and continued to serve in Egypt before being re-titled as a company and posted to the Lovat's Scouts Battalion of the Cameron Highlanders.

The 13th (Scottish Horse Yeomanry) Battalion of The Black Watch were sent to fight in Salonika as part of the 81st Brigade in 27th Division. It was during this time that the water colour titled "Sport In War" was painted showing the Officers of the 13th Regiment hunting in Macedonia just after returning from a raid on Hungarian Lines. With victory looming on the Macedonia front the Regiment was transferred to 149th Brigade, 50th Division in the Western Front in June 1918. They remained on this front until the end of the war. In July 1916, the regiments were converted to cyclists (and the brigade became 12th, later 8th, Cyclist Brigade) still in Lincolnshire. At the end of 1917, they moved to Fife with the regiments at Ladybank (2/1st), St Andrews (2/2nd) and Cupar (2/3rd). In April 1918, they moved to Ireland and the regiments were stationed at Limerick (2/1st), Lahinch (2/2nd) and Tulla (2/3rd) where they remained until the end of the war. The Regiment started the Second World War as reconnaissance mounted cavalry. However the horses were withdrawn at Dunkeld and after a brief wait the Scottish Horse were formally dismounted. In 1940 The Scottish Horse Regiment was split to become the 79th (The Scottish Horse) Medium Regiment, Royal Artillery and 80th (The Scottish Horse) Medium Regiment, Royal Artillery. 80th (The Scottish Horse) Medium Regiment served as part of 6th Army Group Royal Artillery in the Italian Campaign. During the war, the regiment won a Distinguished Service Order, 14 Military Crosses, an OBE, 7 MBEs, 2 Distinguished Conduct Medals, 19 Military Medals and 83 Mentions in Despatches.