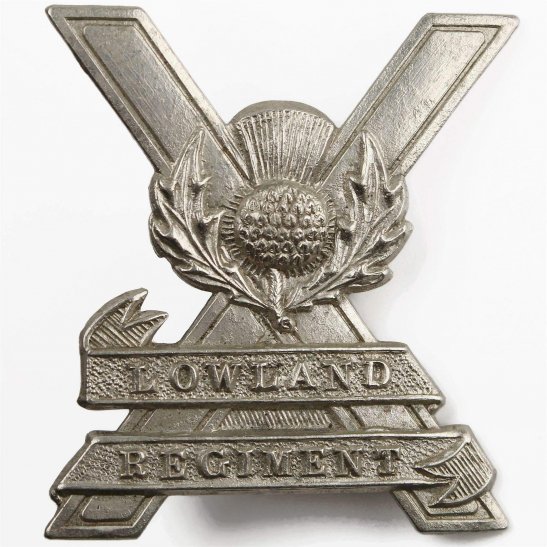 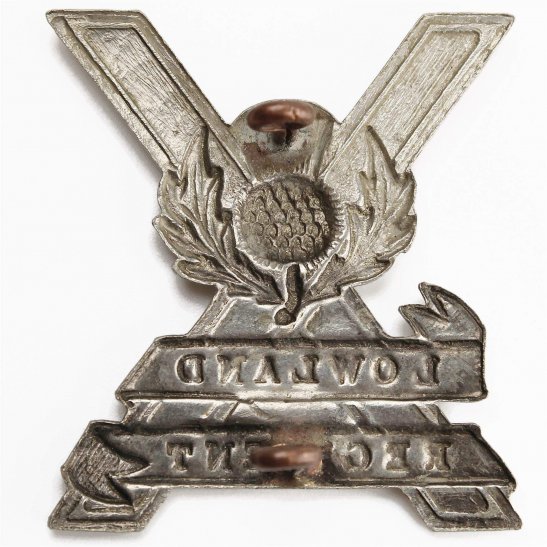 The Lowland Brigade is a historical unit of the British Army which has been formed a number of times. It is traditionally Scottish as the name derives from the Scottish Lowlands.

After the Second World War the British Army had fourteen infantry depots, each bearing a letter. The depots were territorially organised, and Infantry Depot B was the headquarters for the Scottish lowland regiments.

Under the Defence Review announced in July 1957, the infantry of the line was reorganised, leading to the transfer of the Highland Light Infantry from the Highland Brigade in 1958, and its amalgamation with the Royal Scots Fusiliers to form the Royal Highland Fusiliers on 20 January 1959.

In 1958 the regiments adopted a common cap badge. This depicted the saltire of St. Andrew, on which was superimposed a thistle within a circlet inscribed with motto of the Order of the Thistle, nemo me impune lacessit. From 1960 the Lowland Brigade was based at Glencorse Barracks.

The various Territorial Battalions that were also part of the four Lowland Regiments were split off in 1967 and grouped together, eventually forming the 52nd Lowland Volunteers.

The Brigade continued to administer the four regiments until 1968. On 14 May that year The Cameronians were disbanded, having chosen this option rather than amalgamation. On 1 July the Lowland Brigade was amalgamated with the Highland Brigade to form the Scottish Division.