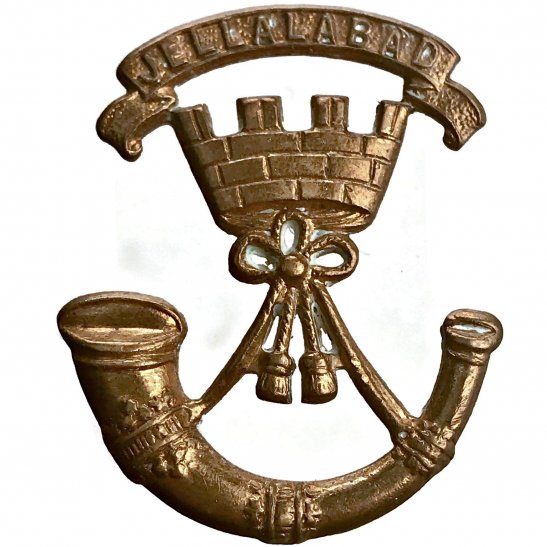 The regiment's name was again changed to the Prince Albert's (Somerset Light Infantry) in 1912. The Regiment saw active service in the First World War, with battalions involved on the Western Front, Mesopotamia (now Iraq) and Palestine. Altogether, 18 battalions existed during the war. One of the new battalions was formed by the conversion of the West Somerset Yeomanry, a Territorial Force Cavalry Regiment; the rest were formed by the duplication of the existing Territorial Force units or by the formation of new "service" battalions. Following the armistice ending the First World War, the war-raised battalions were rapidly disbanded. The regular battalions returned to the pre-war system of alternating home and foreign stations. The 1st Battalion was stationed in Northern Ireland and England, before being stationed in Egypt (1926-1928), Hong Kong (1928-1930) and India from 1930. The 2nd Battalion, which had spent the entire war in India, fought in the brief Third Anglo-Afghan War in 1919, seeing active service in Afghanistan and on the North-West Frontier. Returning to India in 1920, the battalion moved to the Sudan in 1926 and England in 1927. On 1 January 1921, the regimental title was changed a final time, becoming The Somerset Light Infantry (Prince Albert's). Altogether, 12 battalions of the Regiment served during Second World War, six of which saw service overseas. In addition to the regular 1st and 2nd Battalions, the existing 4th and 5th Territorial Battalions formed duplicate units in 1939 prior to war being declared: the 6th and 7th Battalions. The 8th (Home Defence) Battalion, which was also formed in 1939, was redesignated the 30th battalion in 1941. The 9th, 10th, 11th (Holding) and 50th (Holding) Battalions were all formed in 1940 - although the latter two had ceased to exist by the year end. The 2nd and 30th Battalions formed part of the First Army, and fought in North Africa and Italy. The 1st Battalion fought in Burma; and the 4th and 7th Battalions in the North-West European Campaign after the invasion of Normandy on 6 June 1944. The other battalion to see active service was the 10th Battalion, which was converted into the 7th (Light Infantry) Battalion, The Parachute Regiment in 1942, and parachuted into Normandy on D-Day. The Regiment also had responsibility for defending local airfields, including RNAS Charlton Horethorne, where they prepared trenches, hardpoints and machine gun positions.