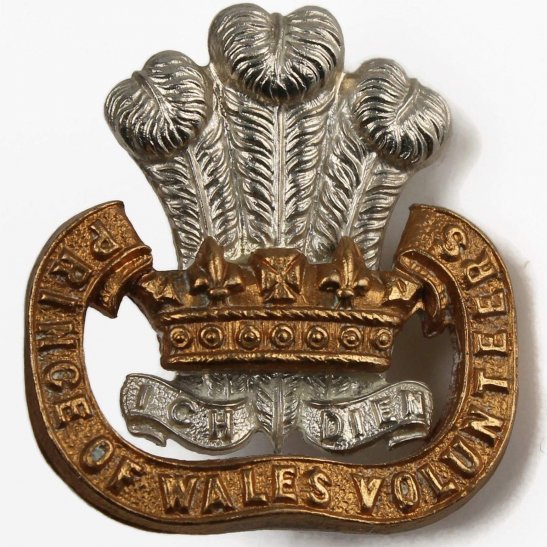 The South Lancashire Regiment (The Prince of Wales's Volunteers) was a regiment of the British Army from 1881 to 1958. It was formed as part of the Childers reforms as the Prince of Wales's Volunteers Regiment (South Lancashire Regiment) by the amalgamation of the 40th (2nd Somersetshire) Regiment of Foot and the 82nd (Prince of Wales's Volunteers) Regiment of Foot. In 1938, it was renamed the South Lancashire Regiment (The Prince of Wales's Volunteers) and in 1958 was amalgamated with The East Lancashire Regiment to form The Lancashire Regiment (Prince of Wales's Volunteers). The 1st Battalion was in Ranikhet, India, when the regiment was formed. It shipped to Aden in 1884 and to Britain in 1886 where it remained until the outbreak of the Second Boer War. After service in South Africa, it returned to India and garrison duty up to the outbreak of the First World War. The 2nd Battalion spent the years between 1881 and 1914 on garrison duty throughout the Empire, returning to England in 1903. The 3rd Battalion (previously the 4th Royal Lancashire Militia) was raised in 1899 for service in South Africa from 1900 to 1901, when it was disbanded. During the First World War the 1st Battalion spent the war on garrison duty in Quetta, Baluchistan, on the North-West Frontier. The 2nd Battalion spent the entire war on the Western Front. The 3rd (Reserve) Battalion was a depot and training battalion stationed in Lancashire thoroughout the war. The Territorial and war-service battalions fought on the Western Front, in Mesopotamia, Gallipoli and Macedonia. Among its officers was future Prime Minister Clement Attlee, who served with the regiment at Gallipoli and was later wounded while serving in Mesopotamia and again on the Western Front. The 1st Battalion took part in Third Afghan War of 1919 before returning to Britain, where it remained (except for a brief period as part of the Army of Occupation of Germany in 1928) until the outbreak of the Second World War. The 2nd Battalion spent these years on garrison duty, from 1920 ro 1922 in the new British Mandate of Palestine, and thereafter in India and the North West Frontier.