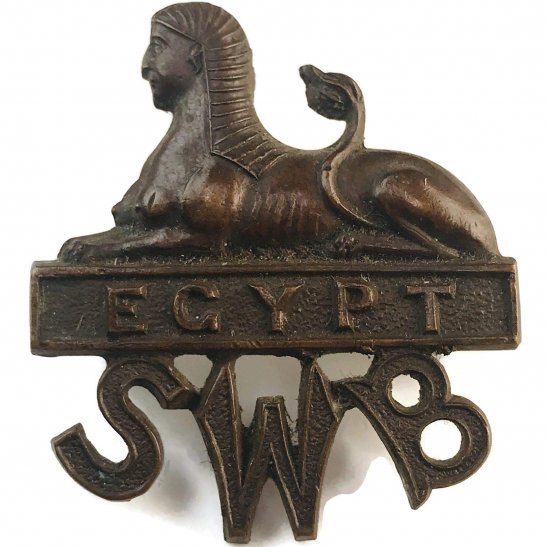 The South Wales Borderers was an infantry regiment of the British Army. It first came into existence, as the 24th Regiment of Foot, in 1689, but was not called the South Wales Borderers until 1881. The regiment served in a great many conflicts, including the American Revolutionary War, various conflicts in India, the Zulu War, Boer War, and World War I and II. The regiment was absorbed into the Royal Regiment of Wales in 1969. As its name suggests, the regiment recruited primarily from South Wales. The 1st Battalion was part of the original British Expeditionary Force (BEF) that was sent to France shortly after war was declared. In March 1916 the 2nd Battalion arrived into the carnage of the Western Front in France. Welsh poet and language activist Saunders Lewis served in the South Wales Borderers during World War I. The 2nd Battalion provided the only British contribution, a symbolic one, to the Japanese invasion of Tsingtaota German naval base in China that was the base of the East Asiatic Squadron. Shortly after the capture of Tsingtao, the battalion arrived in Hong Kong and then back home in January 1915. As part of the 29th Division, the battalion took part in the Dardanelles Campaign, landing at S Beach, Cape Helles on 25 April 1915. Unlike other beaches, the 2nd South Wales Borderers, commanded by Lieutenant-Colonel H.G. Casson, met little opposition and the landing, supported by the battleship HMS Cornwallis, was completed by 7:30am. The 4th (Service) Battalion, commanded by Lieutenant-Colonel F M Gillespie, landed at Anzac on the night of 3/4 August 1915, meeting heavy fire on the beach and suffering serious casualties, including their commanding officer, as they pushed forward on the left of the line.