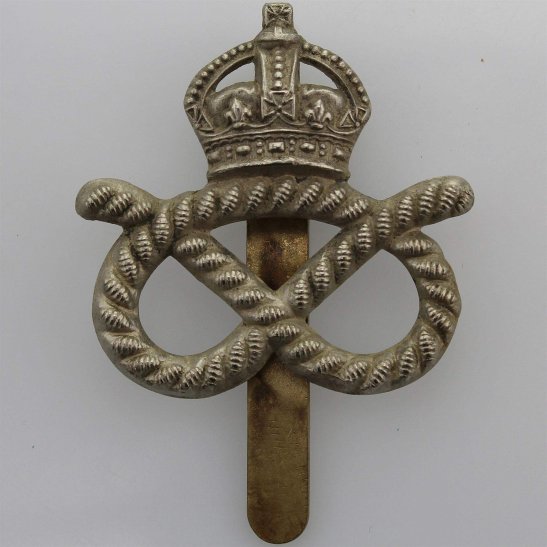 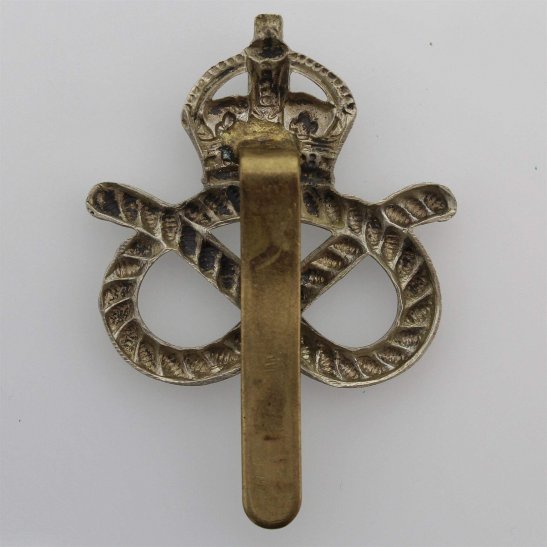 The Staffordshire Yeomanry was a unit of the British Army. The Staffordshire Yeomanry, after a short period of training at Diss, Norfolk with the North Midland Mounted Brigade, was ordered to join the Egyptian Expeditionary Force in 1915. The Regiment was attached to the 22nd Mounted Brigade, Yeomanry Mounted Division in the Sinai and Palestine Campaign against the Ottoman Turkish and German army 1916-1918. It fought in the indecisive First Battle of Gaza and Second Battle of Gaza in March and April 1917. They finally won through in the Third Battle of Gaza in October 1917 and the crucial follow up Battle of Beersheba on 6 November 1917, where Allied victory at last left the field open for the capture of Jerusalem on 9 December 1917. In July 1918 the Division was reformed as the Fourth Cavalry Division under the command of General Allenby and the Regiment played a key role in the decisive Battle of Megiddo (1918). The 1/1st Staffordshire Yeomanry joined the Desert Mounted Corps under the Australian General Harry Chauvel and took part in his strategic cavalry 'bound' from the desert through Beisan, a forced march which covered an epic 87 miles in 33 hours: a record in cavalry history. After resting four days during which they took 5,800 prisoners, they converged with the spearhead of the Allied advance and made a triumphal entry into the Syrian city of Damascus with Allenby on 1 October 1918. After a week, the Regiment started on a 200-mile trek to Aleppo, having been reduced to just 75 men, 200 of them having become casualties from malignant malaria caught in the Jordan valley. However, Aleppo was captured on 25 October 1918. Five days later, Turkey surrendered. In 1939, the Staffordshire Yeomanry was part of the 6th Cavalry Brigade, 1st Cavalry Division, with the Warwickshire Yeomanry and Cheshire Yeomanry. The 6th Cavalry Brigade arrived in Palestine in January 1940 and took part in mounted operations with the police to suppress disturbances between the Arab and Jewish populations.

The Staffordshire Yeomanry retained its horses until 1941 when it converted to tanks and then served in North Africa in the 8th Armoured Brigade which was part of the 10th Armoured Division. The Staffordshire Yeomanry, during its time in North Africa, fought at the Battles of Alam Halfa and El Alamein fighting the Afrika Korps all the way into Tunisia. The unit was transferred to England to serve in the 27th Armoured Brigade, part of Montgomery's Second Army. At Normandy, the Staffordshire Yeomanry was probably the only conventional tank regiment (i.e. equipped with neither DD nor flail) to land on D-Day, on Sword Beach. The 27th Armoured Brigade was disbanded in Normandy in July 1944 after heavy losses and the Staffordshire Yeomanry was once again transferred back to England to join the 79th Armoured Division. It converted to Sherman DD tanks and B Squadron supported the 52nd (Lowland) Division in the assault on South Beveland, during the Battle of the Scheldt. After a swim of seven miles, carried out without casualties, the terrain proved impassable and only three tanks were able to advance with the infantry. More training ensued and, on 23 March 1945, the regiment used Sherman DD tanks in the Rhine crossings